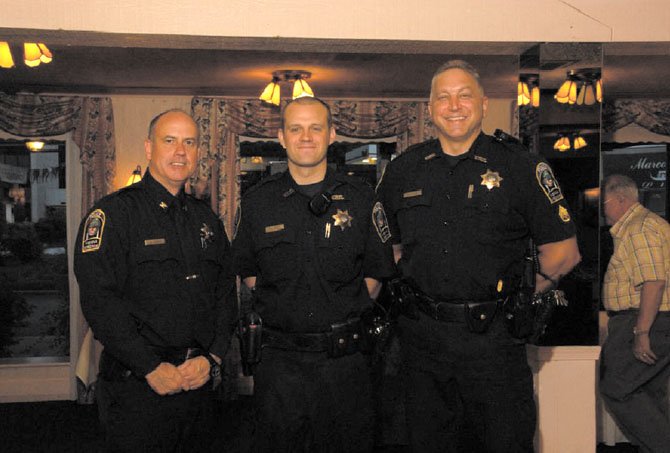 On June 18, the Vienna Optimist Club held their annual banquet to honor the 2013 Charles A. Robinson Respect for Law Enforcement Award recipients at the Marco Polo Restaurant in Vienna. Officer Patrick “Pat” Kiley was chosen as the Town of Vienna Police Department’s Optimist Club award winner. This award is given annually to one Vienna Police officer and one Fairfax County Police officer after having been nominated by their respective commanders. The award is named after long time Vienna Mayor Charles “Charlie” A. Robinson.

Officer Kiley has been a member of the Vienna Police Department since 2011 and is currently assigned to the Patrol Section.

In his nomination of Officer Kiley, Sgt Peter Elias wrote: “Officer Kiley has a very positive attitude and is always upbeat which motivates everyone around him. He really cares about the citizens of the Town of Vienna and this is reflected in his self initiated service to the community.”