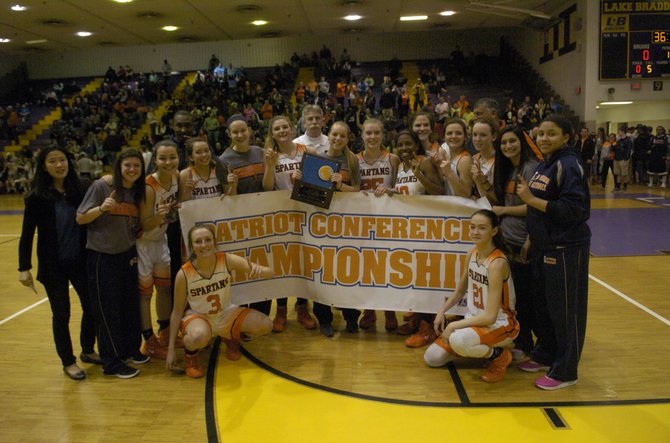 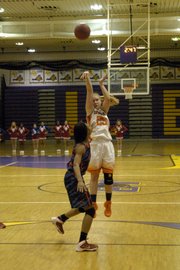 Six minutes in to Friday’s Conference 7 championship game, West Springfield standout Amy Berglund had as many fouls as she did points --- two.

With Berglund having spent time on the bench, the sharpshooting guard totaled seven points at halftime and the Spartans held a slim two-point lead over T.C. Williams.

“My teammates did great in the first half,” Berglund said.

No. 25 had a much bigger impact in the second half.

Berglund scored 21 second-half points, helping the West Springfield girls’ basketball team pull away from T.C. Williams en route to a 70-58 victory at Lake Braddock Secondary School. The Spartans won their fourth conference/district championship in the last five years, and beat the Titans for the second time in three tries this season.

“Maybe it gave her rest for the second half,” said West Springfield head coach Bill Gibson, joking about Berglund getting in early foul trouble. “We might sit her more often in the first half.”

“I had my opportunities [and] my teammates found me,” Berglund said. “I knew I wanted to win this game. I knew I had to leave it all out there. It’s my senior year.”

While Berglund showed her perimeter-shooting skills, she also scored by attacking the basket, putting back offensive rebounds and getting to the free-throw line.

“She is very versatile. She was shooting 57 percent from the floor and you don’t get many kids like that. That’s just phenomenal if you ask me. I don’t think [West Springfield graduate and WNBA standout] Kara Lawson or anybody ever shot [that well].”

“She is very versatile,” Gibson said. “She was shooting 57 percent from the floor and you don’t get many kids like that. That’s just phenomenal if you ask me. I don’t think [West Springfield graduate and WNBA standout] Kara Lawson or anybody ever shot [that well].”

A bucket by sophomore Maura D’Anna in the closing seconds of the third quarter gave West Springfield a 49-40 lead. The Spartans scored the first six points of the fourth quarter, including a pair of buckets by Berglund, and led by at least nine points for the remainder of the contest. 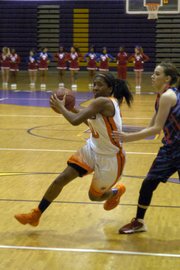 The Spartans won the first meeting between the teams this season, 54-53 on Dec. 13 at West Springfield. The Titans countered with a 66-55 win on Jan. 28 at T.C. Williams, giving the Spartans their only loss to date.

“Right now, one of our goals wasn’t accomplished, but we have several more,” T.C. Williams head coach Kesha Walton said. “One was making it [to the region championship game on] Thursday night. That’s our focus right now.”