Board of Supervisors continue to debate future success of the center. 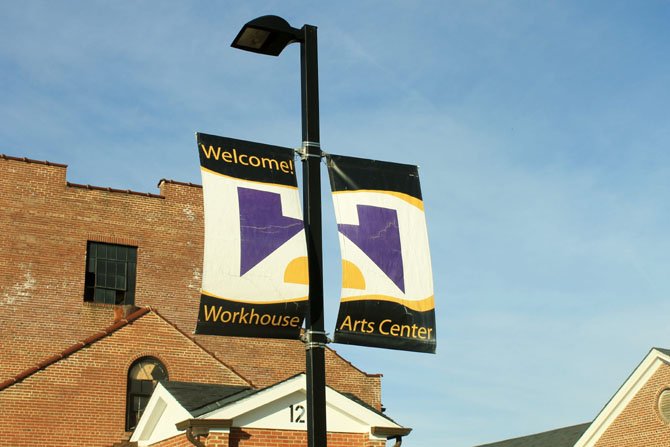 The Board of Supervisors voted Jan. 14 to assume $30 million of the Lorton Arts Foundation debt and to abolish the current board, although Springfield District Supervisor Pat Herrity said this could have been avoided. Photo by Janelle Germanos

Laura McKie, a volunteer at the Prison Museum at the Lorton Workhouse Arts Center, said she doesn’t expect the museum’s everyday operations to change too much as Fairfax County takes greater control over the center.

“I think everything will carry on as normal,” McKie said.

Herrity, who was the only Supervisor who dissented in the decision, said that foreclosure could have been avoided, even without Fairfax County assuming the Foundation’s debt.

“We had more time and we didn’t take it,” Herrity said. “This wasn’t our loan. We had no legal obligation to pay off this debt.”

Braddock District Supervisor John Cook, however, said before the Board of Supervisors decision that if the decision to assume the loan was not made, foreclosure would have been inevitable.

““The fact of the matter is, if this deal was not made today, the bank was going to foreclose on that loan this month, and we had to act,” Cook said.

Cook said before the Jan. 14 vote that the Lorton Arts Foundation failed, something Herrity disagrees with.

“The Lorton Arts Foundation didn’t fail. They did the best they could with the situation,” Herrity said.

Herrity said that circumstances were tough, however, especially considering the location of the arts center.

In 2002, Fairfax County purchased 2,440 acres of federal land, which was the site of the historic Occoquan Workhouse Prison, for $4.2 million. In 2006, the Lorton Arts Foundation renovated the former prison into an arts center after approval from the Board of Supervisors.

Chairman Sharon Bulova has attended many events at the Workhouse Arts Center. McKie, who organized the "American Women: The Long and Winding Road" lecture series at the Prison Museum, said Bulova attended the first lecture and will participate in the event in March.

“She is a big supporter of our program,” McKie said.

Bulova issued a statement following the Board of Supervisors decision, stressing the economic difficulties faced by the Lorton Arts Foundation.

“However, like many nonprofits and businesses alike, the LAF has not been immune to the economic recession and slow recovery. Simply put, the past few years have proven an intensely difficult time to raise money for the arts, and the Workhouse Arts Center’s operations have not generated enough revenue to cover expenses, especially debt it incurred for capital renovations,” Bulova said in the statement.

Herrity said he is opposed to spending $30 million of taxpayer’s money, and believes Fairfax County should look at longer term solutions.

“We shouldn’t be bailing out a bank because it made a bad loan,” Herrity said. “We should be looking at monetizing the surrounding land.”

Cook, however, said that nobody is being bailed out with this agreement, and that the agreement was necessary in order to avoid litigation.

“It is not true that there was no potential legal liability to the county. We own the land. We own the buildings,” Cook said.

Lee District Supervisor Jeffrey McKay supported the decision in order to protect the county’s investment in the Workhouse, and suggested opportunities to make land use changes in the area to attract more people to the facility.

“This is a county with over a million people. We ought to have an arts center in this county, but we ought to have one that is fiscally well-managed and controlled, and one that we have some lever of oversight with,” McKay said.