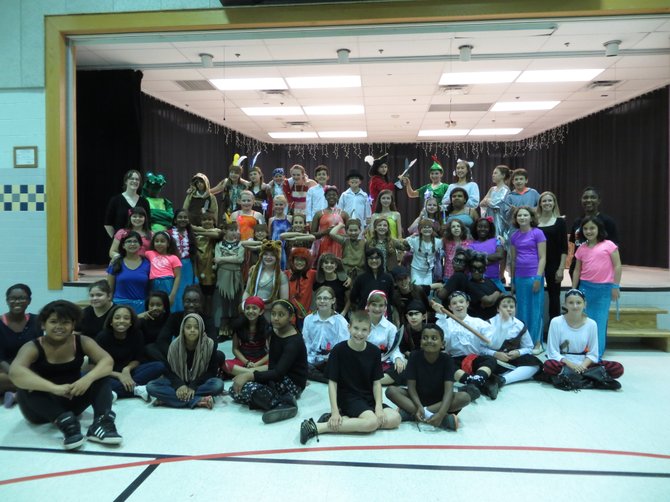 On June 13, Forest Edge Elementary School's Drama Club put on a production of Disney's Peter Pan Jr. This was the story narrated by Tinkerbell about Wendy Darling who loves to tell stories to her brothers, Michael and John. When her father announces she must move out of the nursery, Peter Pan comes to visit the children and whisks them away to Never Land. Their adventure introduces them to the Fairies, Lost Boys, Pirates, Mermaids, Indians and even the infamous Captain Hook.