Living Legends: Making a Difference in Lives of City’s Women and Children
Votes

Living Legends: Making a Difference in Lives of City’s Women and Children 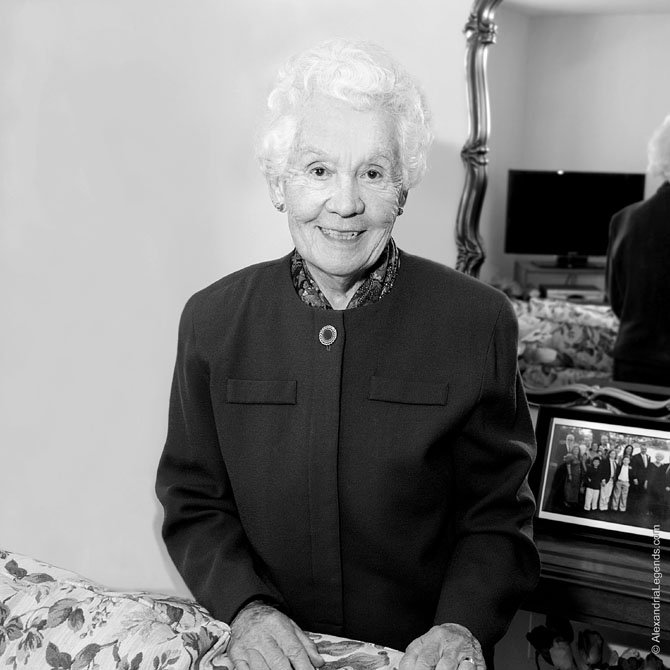 Rose Enevoldsen Berler believes that “when you get involved, something good always comes out of it. So many people need help.” Photo by Steven Halperson.

At age 16, Rose Enevoldsen Berler (known to her family as Rosie), graduated from high school in Norfolk, Va. But she had to wait until she turned 17 to go up north, to Baltimore’s School of Nursing at Sinai Hospital. She loved nursing and thrived under the strict demands and high standards of her training.

She won a pediatric scholarship and attended Catholic University’s School of Nursing Education but returned to Norfolk to be close to her father who had a serious bone condition. There, she worked for a doctor’s office and in a hospital’s in-patient post-operative care unit.

She was set up on a blind date with a man whom her grandmother predicted she would marry. The prediction came true, and six months later, on Aug. 7, 1949, she married Seymour Berler, a physicist whose work with the Defense Intelligence Agency brought them to Alexandria.

In 1958, shortly after moving into Lincolnia Hills, Berler became a founding member and secretary of Lincolnia Hills Civic Association. At that time, the homes were brand new and many were still being built. To this day, Berler remains in her home, still maintaining it, gardening and mowing her own lawn. She doesn’t, however, repair the roof when it needs fixing. As Berler said, “When you stay active you feel better. And when you feel well, you stay active.”

Following along the path with her three children’s education, she served as president of T.C. Williams High School Parent Teacher Student Association from 1974–75. She joined the League of Women Voters of Alexandria, serving as their president for two terms from 1970–73 and from 1977-78; and as vice president from 1974–75.

Berler served as the vice chair of the Alexandria United Way from 1977-78 and was a member of its Campaign Cabinet from 1976–77 and 1978-79. She was involved with the Senior Citizens Employment and Services (now Senior Services of Alexandria) from 1968–79 and served on its board of directors, 1978–79.

In the early 1970s, Berler renewed her passion for health care and became a member of the Visiting Nurses Association of Northern Virginia. She served as a member of the board of directors of Alexandria Hospital Corporation from 1978–86, and continued her affiliation from 1986–97, with what had become Alexandria Health Services Corporation. During her membership, she also served a term as its chair.

Her interests also revolved around the issues of housing, as she became the vice chair and first woman appointed to the Alexandria Redevelopment and Housing Authority from 1974–79. She served as chair from 1979–83. She also became a member of the National Association of Housing and Redevelopment Officials, focusing on women in housing through its task force. She was committed to seeing that the children who were in the area apartments were living in safe surroundings.

Berler served as the commissioner and first woman appointed to the Virginia Housing Development Authority, attending meetings in Richmond from 1980–84.

From 2000 to the present, Berler has served as the chair of the Alexandria Schools Health Advisory Board, which improves health services to children in the schools. She was recognized by the School Board in fall of 2013 for her years of service to this committee.

Berler believes that “when you get involved, something good always comes out of it. So many people need help.” She has enjoyed the good opportunities to make things better. She has met wonderful people along the way and has found “all of her involvement very worthwhile.”

Arlene Hewitt, the Living Legend who nominated Berler, said: “Over the past 40 years, citizen participation and citywide focus have been Berler’s middle name. An enthusiastic people-person, she blends a keen sense of perspective, listening skills and a warm sense of humor that has encouraged positive citizen involvement by hundreds of Alexandrians. An ice breaker for women, especially in the fields of housing and health care, Berler’s leadership has improved the lives of countless women and children and the quality of life for all Alexandrians.”