Connecting with contemporary dance at the Alden with Christopher K. Morgan. 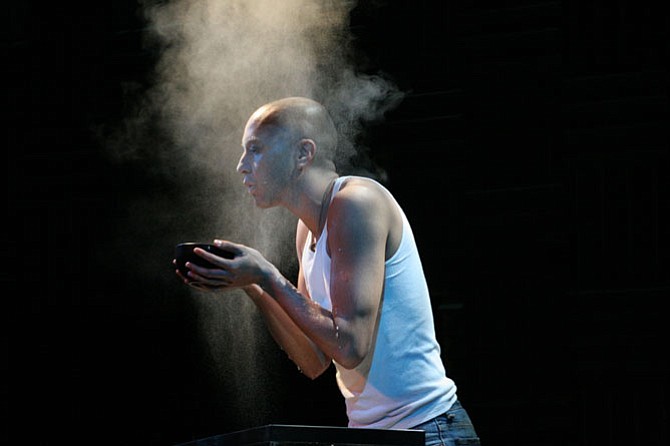 Photo by Brianne Bland/Courtesy of Christopher K. Morgan and CKM&A

No need to travel far to see a performance of the best in the professional contemporary dance. It is right here at McLean's Alden Theater, as Alden's resident Contemporary Dance Company Christopher K. Morgan & Artists (CKM&A) returns. Now in its fourth season at the Alden, CKMA&A will have two hot-ticket performances with a mixed repertory of thoughtful and humorous dance and insightful narrative.

If you don't know dancer-choreographer Christopher K. Morgan his reputation provides helpful background. Morgan's choreography has received a Dance Metro DC award for Outstanding New Work and he has been profiled in "Dance Magazine" as one of six breakout choreographers in the United States. He established CKM&A dance in 2011.

In an interview, Morgan spoke about his life as an educator. He readily enjoys connecting and interacting with audiences. "I hope to communicate to audiences...I always go into a production hoping that audiences leave having seen a part of themselves reflected in what we present on stage," said Morgan.

"Even though it might be different people, doing abstract movements, I'm always looking to use movement and the stage as a way to communicate situations and feeling all of us share," he added.

The Alden performances will include the premiere of “Inconstancy,” a duet that asks through movement, can someone be satisfied given the competitiveness that surrounds us? Another work, “Bruised” is a duet that explores a world where someone can walk past, or even literally into another person, without giving a second thought. "Bruised" features live original music by composer and cellist Wytold.

CKM&A will also perform "In the Cold Room" with live music. Morgan will dance in his solo "Rice," which is about trying to come to terms with racial identity. Morgan uses a tale of his own youth having very specific cooking preparation duties as a metaphor. Images of the changing nature of rice water become a literal metaphor for the perception of what skin color can mean. The performance includes reflective humor. Company Assistant Director Tiffanie Carson will make her choreographic debut with “Deprivation,” an investigation of "stimulus and lack thereof."

"Dance can communicate in ways that spoken language cannot," said Morgan. Dance expresses story-telling through movement, language is not required; "It goes beyond the limitations of spoken language,” he said.