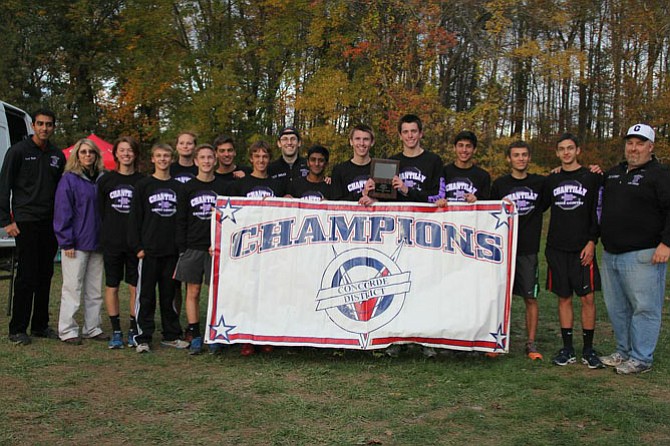 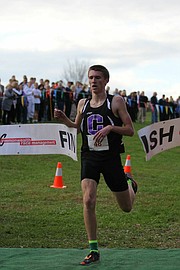 Chantilly’s Ryan McGorty entered the Conference 5 meet on Oct. 30 with aspirations of producing the second-fastest time in school history.

The goal: beating Eric Post’s time of 14:48, which would leave only McGorty’s brother, former state champion Sean McGorty, ahead of him on the list of top Charger performances.

At the end of the race, McGorty fell just short of his goal, finishing in 14 minutes, 49 seconds at Burke Lake Park. But there was no need to feel bad for the senior harrier. McGorty still finished with the third-best time in school history, the 13th-best time in the history of the Burke Lake course, an individual Conference 5 championship and a team title.

McGorty was the only Conference 5 runner to break 15 minutes on Oct. 30.

“Ryan has had a tremendous season,” Chantilly head coach Matt Gilchrist said. “This is his fourth win. ... He’s also been getting better. Winning is great, and this is a major win for him ... but he has taken a step forward. Last year, he was the team leader and he was third in state, but he’s taken it to that next level. When you’re running in the 14-anything, you’re in rare company.”

Each of the Chargers’ top five produced a personal-best time.

The Chantilly boys’ team “met and exceeded all expectations,” Gilchrist said. “...We’ve been looking all year for the postseason. This is the approach we’ve taken the last few years and it’s been successful.”

Westfield senior Johnny Pace finished runner-up with a time of 15:04.

The Chantilly girls’ team qualified for regionals with a fourth-place finish despite injuries to multiple key athletes.

“We sort of had to re-adjust our goals midseason,” said Gilchrist, who added that one of the team goals was to qualify for regionals.

Christie Murray, a junior, was Chantilly’s top finisher, placing ninth with a time of 18:28.

Centreville’s Jackie O’Shea earned all-conference with a seventh-place finish and a time of 18:18.

The 6A North region meet was held Wednesday, Nov. 5.

The 6A state meet will be held Saturday, Nov. 15 at Great Meadow.