More than 1,400 area Republicans show up to vote. 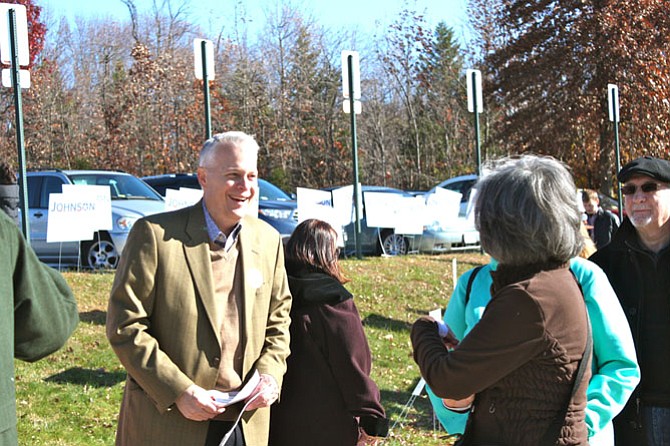 Al Johnson, who lost the Republican primary on Saturday, talking to voters outside the polls. Photo by Reena Singh. 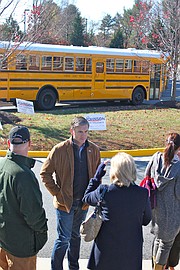 With Barbara Comstock filling in the 10th Congressional district’s seat, two candidates are closing in on her current position.

Democrat Kathleen Murphy and Republican Craig Parisot, both now officially endorsed by their parties, are vying for the 34th House of Delegates seat via special election to be held Jan. 6, 2015.

Parisot won the Republican Firehouse Primary on Saturday at Colvin Run Elementary. Voters lined up outside the school between 10 a.m. and 2 p.m. in their coats to decide on the Republican candidate for office.

“We are very pleased with the enthusiastic response of the republican party voters,” said assistant chief election officer George Koklanaris during the first hour of the primary. “We know whichever candidate wins, we’re going to have a good representative in the election against the democrats.”

"Congratulations to the voters for a great turnout Saturday,” said Johnson in an email. “We are so thankful for your support and to be part of this community. And thank you to those who came out to volunteer on our behalf over the last week at the polls, knock on doors and make phone calls for our campaign. I am incredibly humbled by your outpouring of support."

Parisot did not comment about the election after the results were announced.

“We stand fully behind Craig and his campaign to succeed Barbara Comstock, and we are confident that he will run an aggressive and effective campaign, resulting in victory on January 6, 2015,” said Fairfax County Republican Committee executive director Joshua Baumgartener.

Merridy Menna and her husband Bob were among the hundreds that showed up to vote in the primary.

“I think I’d like someone who is a reliable, long-term resident who believes in what I do - individual liberty,” said Merridy, Great Falls. “I’ve known Johnson for a long time. Johnson’s a traditionalist.”

David Bryant, Sterling, said the biggest issues for him include homeschooling as an option and beating Murphy in the election.

Tom Milton, Vienna, said he still was not dead set on a candidate as he waited out in the cold to vote Saturday morning.

“I came to vote, because I always vote,” he said. “I never miss an election. I’m pretty surprised with the turnout here.”