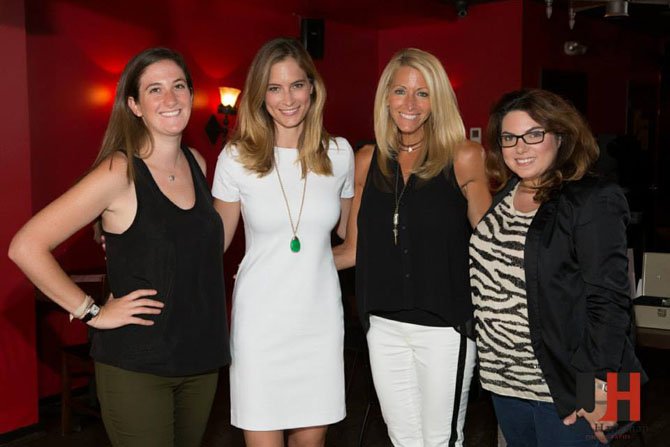 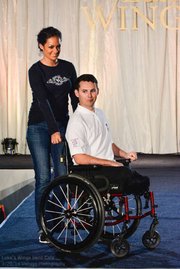 A family receives the devastating call that their son, serving in the Afghanistan, had life-threatening injuries from an IED and was being air-lifted to Walter Reed National Medical Military Center. They were told to start driving to the nearest airport. The hospital staff would do what they could to keep their son alive until they got there, even though it was a five-hour flight.

They arrived at the airport, their tickets were given to them and they boarded the plane for Washington Dulles. Thankfully, their son was alive when they arrived — and is still recovering today. This family and many other military families are grateful for the transportation and travel planning provided free to them by a non-profit organization dedicated to their these needs — Luke's Wings. Families are amazed by the caring and loving support, the friendship and the sympathetic understanding that they receive when they make a request for tickets. It might be to celebrate a holiday, to spend a birthday with their loved one — or just to be there after yet another operation and rehab. Whatever their travel need, Luke’s Wings is there for them.

Luke's Wings was founded in 2008 when a group of young people observed the struggles of wounded warriors at Walter Reed. Founded by commercial real estate developer Fletcher Gill and Sarah Wingfield, a Redskins cheerleader ambassador, the organization is named after Wounded Warrior Luke Shirley who lost his arm and a leg in an IED blast and after Wingfield. Since its founding, Luke's Wings has been providing wounded warriors and veterans with an important ingredient for healing – the presence of family and loved ones. In 2011 and 2012, Luke’s Wings expanded its programs to include Texas veterans, veterans in hospice care, and they are also the “go-to” for families of the special operators who are injured on missions.

"We are pleased that this walk will raise awareness and funds for the valuable services provided by Luke's Wings,” Lindsay Gill, executive director of Luke's Wings, said. “Our walk will be attended by veterans from Walter Reed as well as their families and we are looking forward to seeing the community come together for our these important Americans – our wounded warriors and veterans.”

The first Luke's Wings “Heroes Walk to Fly" 1.5 mile family-friendly walk will take place on Sunday, Sept. 7 from 10 a.m. to 3 p.m. with events before and after the walk. Beginning at Stone Ridge School of the Sacred Heart, 9101 Rockville Pike in Bethesda, the pre-walk events will feature yoga, a bagel breakfast and the inaugural ribbon-cutting led by community officials, representatives from Luke's Wings, sponsor SAIC and special guest honoree Staff Sergeant Marcus Burleson (Ret.). The walkers will stroll through Bethesda past Walter Reed and end at Euro-Motorcars where a block party will be held with fablous music and a cook-out for all the participants. Mama Lucia is donating the food for the cook-out and after the block party, BGR Burgers will host another post-party.

Special honoree Burleson was injured in 2011. Since his recovery and retirement, he has dedicated his efforts to research and outreach for veterans with PTSD. He focuses on why some veterans suffer from PTSD while others do not, and also works to implement new procedures for early intervention and treatment of patients with severe PTSD. Burleson's injuries include loss of his right arm, total paralysis in his left arm, a broken neck, loss of vision in one eye and more.

"We are grateful to our sponsors, including presenting sponsor SAIC, EuroMotorcars, Capital One, Red Team Consulting, Newton’s Table, Sport and Health and many others – and we are hoping to attract more when others hear of our mission,” Deb Berkelhammer of DKB Creative Events said. “While individual donations may be made directly on our website, Luke’s Wings also asks corporations to support our cause with corporate sponsorships and in-kind donations. This organization is the only one that is focused on providing travel and travel planning for our wounded warriors. We are thrilled that many veterans will be participating in the walk. This will be an incredibly heartwarming event.”

Join veterans and Luke’s Wings in this first annual walk. The cost is $30 for adults and $15 for children — families are encouraged to come to this stroller and wheelchair friendly event. Sponsorships are also available. For more information, go to www.lukeswings.org.