Potomac Sports Briefs for the Week of April 15
Votes

Potomac Sports Briefs for the Week of April 15 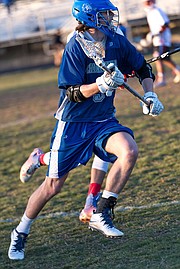 Reed Moshyedi and the Churchill boys’ lacrosse team are off to an 8-0 start.

Churchill faced its toughest test to date on April 11, when the Bulldogs edged Franklin (Reisterstown), 8-7.

Churchill will host Sherwood at 7 p.m. on Thursday, April 16. 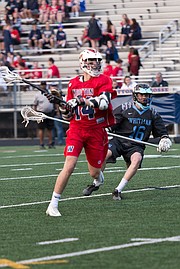 Sam Ellis and the Wootton boys’ lacrosse team will face a pair of tough tests in the near future.

The Wootton boys’ lacrosse team entered spring break with a 4-0 record, including an 8-7 win over Glenelg on March 27.

The Patriots have a pair of tough tests approaching during a one-week stretch. Wootton will travel to face Walter Johnson at 7 p.m. on April 17. WJ entered Tuesday’s action with a 6-1 record.

Wootton will travel to face rival Churchill at 7 p.m. on April 23. The Bulldogs enter Tuesdaywith an undefeated record. The two teams met in last year’s 4A/3A West region championship game, with Wootton coming out on top.

After dropping three of its first four games, the Whitman baseball team earned back-to-back wins to even its record.

Whitman will host Churchill at 7 p.m. on Thursday, April 16.