Chantilly/Centreville Sports for the Week of April 22, 2015
Votes

Chantilly/Centreville Sports for the Week of April 22, 2015 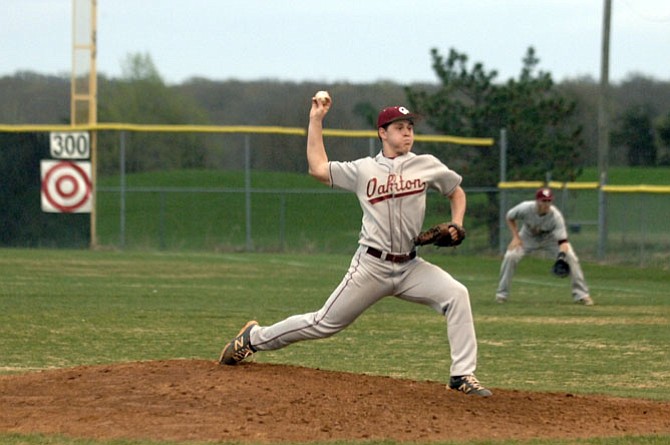 When Victor Chen came to Chantilly from Lake Braddock in 2014, the long-time girls’ lacrosse coach didn’t expect sudden success for the Chargers, a program that had fallen on tough times.

Chantilly continued taking its lumps last season, finishing 2-12. This year, however, the Chargers have doubled their victory total from the previous season and have time to add some more wins.

Chantilly defeated South County 13-10 on April 1, giving the Chargers four wins this season. Chantilly lost to Centreville 13-5 on April 16, dropping its record to 4-6, and had its Monday game against Yorktown postponed by lightning.

“It’s a big boost for us,” Chen said. “I don’t think we were expecting any real quick successes [in] only my second year being here. … Your first year coming in you try to bring your own philosophies, your own strategies. I think the biggest difference is now they’re actually understanding it. … We’re trying to get more girls who are lacrosse players rather than girls playing lacrosse.”

Chen said one of the challenges he faces taking over a new program is teaching the game of lacrosse the way he wants it played.

“My biggest issue in all of Northern Virginia is that one-pass rule,” Chen said. “They coach the one-pass rule in the younger age groups where they make one pass and then they tell them to go to goal right away. To me, that’s not how you play the game of lacrosse.”

“It’s a matter of just being competitive,” Chen said about his expectations. “All I want to do is be competitive every year. I don’t focus on wins and losses. I figure if we’re competitive and we do the right things and play the game the right way, we’ll get our wins and we’re seeing that success right now.

“… It’s all I’m trying to do right now is just rebuild the program.”

The Centreville girls’ lacrosse team is off to a 6-0 start.

The Wildcats defeated Chantilly 13-5 on April 16 and had Monday’s game against Fairfax postponed due to lightning.

Centreville will travel to face Fairfax at 7:30 p.m. on Wednesday, April 22. The Wildcats will return to the road to face defending state champion Westfield at7:30 p.m. on April 28.