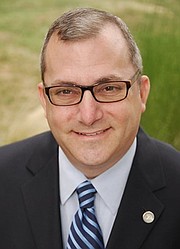 Last week, members of the General Assembly returned to Richmond for the 2015 veto session — the annual wrap-up that concludes our legislative cycle. We voted on the governor’s vetoes and amendments to bills that were passed in January and February. We made progress in many ways — but I believe we missed opportunities to strengthen our ethics laws, protect Virginians’ privacy, and at long last close the health care coverage gap.

The legislature upheld all 17 of Governor McAuliffe’s vetoes, stopping bills that would have undercut gun safety, limited ballot access, and restricted the ability of working people to earn a decent wage.

Back in February, the General Assembly approved a bill proposing broad changes to Virginia’s ethics and transparency rules. As I said at the time, that measure left “much work undone.” Among its many problems, it would have loosened restrictions on the gifts public officials are able to accept from lobbyists and other interested parties. Current law imposes a $250 annual cap on gifts from any one giver; as originally passed, this year’s ethics bill would have replaced that cumulative cap with a $100 single-gift ceiling, opening the door to unlimited $99 gifts.

Governor McAuliffe offered amendments to restore the cumulative cap at the new $100 level; I was proud to support that change, and it will soon become law. Unfortunately, my colleagues rejected other important amendments — including one that would have empowered our ethics council to randomly inspect officials’ disclosure forms. In the wake of former Governor McDonnell’s conviction, lawmakers need to take ethical responsibilities seriously. Virginians deserve to have confidence in their leaders’ integrity, and I believe that our actions this year fall short of what is needed.

I am also concerned with the fates of several bills intended to protect Virginians’ privacy. New technologies have made it easier than ever for government to monitor ordinary citizens, and the General Assembly worked to address that possibility. We passed bills that would limit warrantless use of drones and prevent long-term storage of unnecessary data from license plate readers. Law enforcement professionals can and should use new technologies in their efforts to serve and protect our Commonwealth, but we need clear and sensible ground rules to govern that use.

The General Assembly rejected amendments that would have weakened these bills by allowing greatly expanded use of warrantless drones and enabling license plate data to be kept for 60 days. While those amendments were well-intentioned, I felt that they conflicted with Virginians’ fundamental right to privacy. Now that they have failed, both bills are back on the governor’s desk, and he must decide whether to veto them or sign them without his amendments. I hope he will remember the virtues of a cautious approach. If we enact these safeguards now, they can always be loosened later on; if we do nothing, it may be difficult to pass similar protections in years to come — even if experience proves them necessary.

Unexpectedly, there was one bill that the General Assembly did not need to revisit. In ordinary years, legislators would have voted on Gov. McAuliffe’s amendments to Virginia’s two-year budget. This year, though, the governor approved a spending plan without seeking changes. Both parties were able to agree upon important new initiatives, including pay raises for teachers, state police, and other public employees; expanded access to health care for certain uninsured Virginians; and new funding for economic development, homelessness prevention, and school breakfast pilot programs to help low-income students.

To be clear, the budget is far from perfect. Notably, it fails to close our health care coverage gap, something that I believe is sorely needed. Right now, an estimated 400,000 Virginians — most of whom are in working families — earn too much to qualify for traditional Medicaid, but too little to receive the subsidies and tax credits that help middle class families buy insurance on Virginia’s health exchange. We could easily fix that — at a net savings to the state — by drawing down billions of federal tax dollars that we already pay, and will continue to pay.

Still, with Republican majorities in both chambers, the General Assembly had little hope of closing the coverage gap this year. Under those circumstances, the budget we passed was a compromise. I am hopeful that better opportunities will arise after this year’s elections, and I aim to keep working on the coverage gap — along with ethics and privacy issues — when the legislature convenes next year.

It is my continued honor to represent the citizens of the 30th Senate District.