Neighborhood Outlook: Sites and Developments to Look at in Reston
Votes

Neighborhood Outlook: Sites and Developments to Look at in Reston 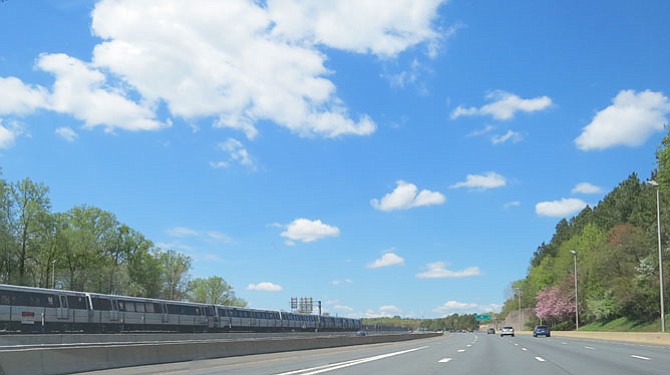 The Board of Zoning Appeals was expected to issue a ruling on tax day on the Reston National Golf Course's appeal of the Zoning Administrator's "determination that redevelopment of property in the PRC District from a golf course to residential uses would require an amendment to the Reston Master Plan, a development plan amendment and Planned residential Community Plan approval from the Board of Supervisors," according to Fairfax County documents.

Any application, if proposed by RN Golf Management, will need to go back through the entire proceeding before the Department of Planning and Zoning and the Board of Supervisors, with public hearings during all phases.

But under the BZA's ruling, owners of the golf course won't be required to seek an amendment to the Comprehensive Plan before submitting proposals to the Department of Planning and Zoning, according to Reston Association.

It remains to be determined which course of action both sides next choose to play.

The Board of Supervisors approved a massive redevelopment of Lake Anne and surrounding apartments, businesses, and property in March. The project includes more than 1,000 new residences and 193,000 square feet of retail and office space. There will be 185 new affordable apartments in two five-story buildings to replace the 181 existing affordable units at the Crescent Apartments.

“Lake Anne is still taught today as a case study at almost every American architecture and urban-design program,” said Michael E. Hickok, architect of the redevelopment proposal. “To say it was ahead of its time is an understatement.”

Hickok wanted to design a plan that fulfilled “the spirit and image of Robert E. Simon’s vision of 50 years ago,” and stands for the next 50 years.

In the median of the Dulles Airport Access Highway/Dulles Toll Road just west of the Reston Parkway overpass. Serves Reston Town Center, Phase 2 of Silver Line projected to open in 2019.

The Metropolitan Washington Airports Authority announced Monday that a combination of safety modifications and last winter’s severe weather will delay the completion of Phase 2 of the Metro Silver line by about 13 months, and that design modifications made for safety and reliability will add $76 million to the previously announced cost of Phase 1. Toll rates on the Dulles Toll Road will not be affected. Phase 2 of the Silver Line project, will extend service from the end of Phase 1 at Wiehle-Reston East in Reston, through Herndon and Washington Dulles International Airport and into Loudoun County.

Should the Reston Association borrow $2.65 million to purchase the 3.47 acre Tetra property on Baron Cameron Avenue as an addition to RA's common area. That's the question members of the Reston Association will vote on until May 14 via referendum. The property is located on the south shore of Lake Newport, immediately adjacent to the west end of Lake Newport dam, bounded to the west by RA's Lake Newport tennis court complex, and to the east by common area that is part of RA’s Brown’s Chapel Park. The purchase would create a 98 acre band of contiguous undeveloped property and would prevent future overdevelopment of the property, according to proponents, including RA Board members. Opponents claim the purchase is a poor economic investment and that the building is not worth the cost, among other issues.

The McLean-based developer, the Jefferson Apartment Group, purchased the Tall Oaks Center in December 2014. The shopping center is currently being considered for a redevelopment project that would include a mix of residential and commercial uses. Community meetings were held on April 23 and 27, 2015 to allow residents to ask questions and voice concerns. Tall Oaks is within about a mile of the new Wiehle-Reston East Metro station.