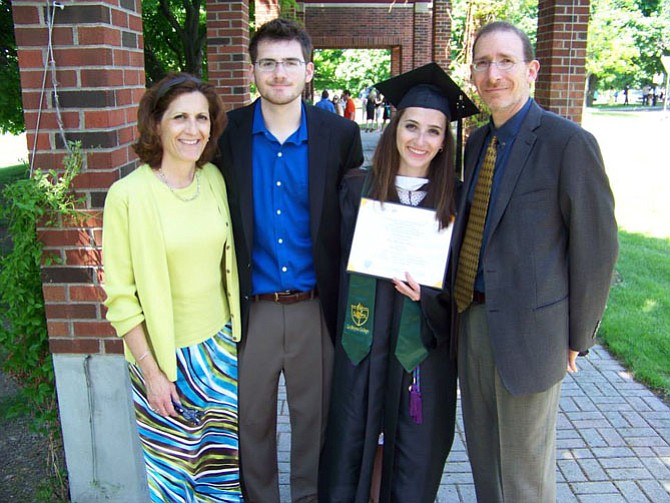 It was not Fairfax Station resident Jackie Marino’s first time visiting the Burke Allergy and Asthma Center with a resurgent sinus infection. The elementary school Spanish teacher had cycled through treatment several times, complaining of a sinus infection, receiving antibiotics, seeing some resolution and then returning when the infection came back.

In the summer of 2014, it was different: Marino’s sinus infection was back, and when she went to the center, she was coughing up blood. 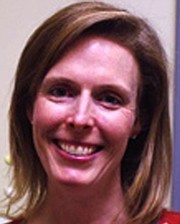 Immediately, Certified Family Nurse Practitioner Christen Davis recommended Marino get a chest X-ray. That procedure revealed a soft tissue mass in the lower left lobe of her lung. Marino would need a computerized tomography (or CT) scan and biopsy to see if the mass was cancerous.

Rather than follow the more traditional bronchoscopy that would be both more invasive and potentially less accurate, Marino worked with the Cardiac, Vascular and Thoracic Surgery Associates specialists at Inova Fairfax Hospital who used new Electromagnetic Navigation Bronchoscopy technology to make a digital three-dimensional map of the lungs and pathway to the mass. 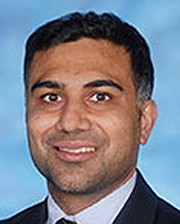 “When we do biopsies without having a good idea of where the lesions are -- because they are too deep in the lungs -- there’s always a risk of not getting an answer,” said Dr. Amit Mahajan, an Interventional Pulmonologist at Inova, and the one who performed Marino’s scan. “That was an issue we were able to eliminate using this advanced technology.”

With the pathway clear, it is possible to take the biopsy sample much quicker and have the results ready for the patient quicker, as well.

“Waiting for results is worse than the procedure itself,” Dr. Mahajan said, “usually at least three to five days.” But with rapid onsite evaluation, Marino was able to find out the same day that the mass found in the X-ray was cancerous.

WITHIN TWO WEEKS, Marino was scheduled for minimally invasive surgery to remove that lower left lobe of her lung. After a successful operation, Marino was out of the hospital the next day and resumed normal activities within days.

“I’m considering myself lucky to have been diagnosed very early,” Marino said. “After the treatment, there was no chemo, nothing. I feel very fortunate.”

Marino’s tumor was very close to a vein, and using the older biopsy technology may have forced doctors to remove her entire lung just to see if there was a cancer growing. And the recovery time for that procedure is significant.

“I didn’t want to spend weeks or months in bed,” Marino said, “so I thought this was the best option.”

Dr. Sandeep Khandhar, a CVTSA thoracic surgeon and Surgical Director of Thoracic Oncology at Inova performed the surgery on Marino in November, 2014. Using a still relatively new method, he was able to enter with a scope, cutting a little under the left breast and on the back, deflate and remove a portion of the lung, and staple things back up again. 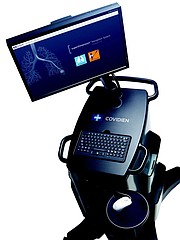 Doctors used the superDimension Navigation System to create a three-dimensional image of Marino’s lung pathways. With that, they could take a biopsy using computerized tomography chest scans.

As a regular smoker for 35 years, Marino did fall within the established guidelines for screening patients for lung cancer, Dr. Mahajan said. Breast and colon cancer screening is historically more prevalent, but with increased approvals from insurance companies and screening programs like the ones at Inova and other academic institutions, the number of CT scans and incidental cancer findings is going up, according to Dr. Mahajan.

“I had quit smoking for nearly two years and was living so much healthier,” Marino said. “I was walking more and being more active. To be told I had lung cancer after I felt so much healthier was shocking and very scary.”

As a resolution for her 50th birthday, Marino had chosen to quit smoking altogether in January 2013. Her son’s pleas and reading the book “The Easy Way to Stop Smoking” by Allen Carr inspired her to change her lifestyle.

“You always know when you smoke that it’s a possibility,” Marino said. “I’ve had many people in my family being smokers, with no one diagnosed.”

Regardless of family history, Davis said, it is important to follow-up and have coughs evaluated.

“No matter the age or if you fall into a certain category, people should get a cough checked out,” she said. “Patients are sometimes in denial, because they quit smoking already. Jackie’s young, she just had a sinus infection and a cough, so getting an X-ray initially wasn’t a top priority. It can be completely resolved and still have something going on.”

Though in Marino’s case, her cancer was in the early A1A stage and had not spread beyond that immediate nodule, the American Cancer Society says many lung cancers have already progressed further to a more advanced stage by the time they are discovered.

“The lesson I took away from this is it’s so important for people to get screened for lung cancer,

whether you have a history as a smoker or not,” Marino said. “If the nurse hadn’t decided to do

an imaging evaluation, I know I wouldn’t be here today. It saved my life.”

FOR THE FIRST TWO YEARS after surgery, Marino will be re-scanned every six months for any traces or new developments of cancer. So far, she is in the clear.

“This technology is really changing the landscape of lung cancer lung nodules,” said Dr. Mahajan, “with our ability to do this, take nodules which otherwise wouldn’t have been able to be treated, diagnosed, and make it a reality.”