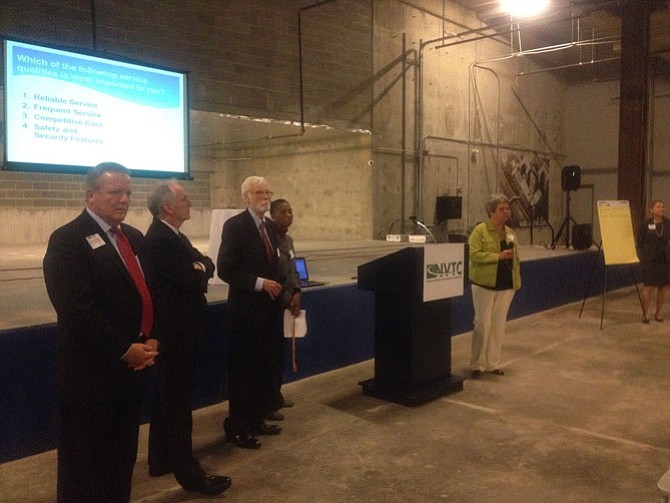 In 1965, federal legislation allowed for the creation of a mass transit system for Washington, D.C. The Washington Metro system would be part of President Lyndon B. Johnson’s vision to rebuild cities and bring the nation together. Washington Metro system was begun with ambitions, and started service in 1976. Almost forty years later, new General Manager Paul Wiedefeld is trying to win back public support for the transit system.

WMATA transit systems have been facing a loss of credibility with frequent delays and lack of transparency. Wiedefeld said his priority is safety and to improve reliability. Wiedefeld is a former head of Baltimore-Washington International Thurgood Marshall Airport and a former Maryland transit official. The new GM says he will not seek to raise wage transportation fees until 2017. With the opening of the Silver Line, Metrorail serves a total of 91 stations on a 118-mile system in Virginia, Maryland and the District of Columbia. 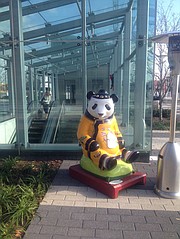 The plaza at the Wiehle–Reston East station has seen some changes, including the addition of two sculptures from D.C.’s Panda Mania public art contest of 2004. Comstock spokeswoman Maggie Parker said the Pandas are on loan from a private collector.

Since accepting the position of general manager, Wiedefeld has fielded questions from riders at a public forums, including the newly formed WMATA Riders’ Union. The Northern Virginia Transportation Commission hosted a forum at the Wiehle–Reston East station Thursday, Dec. 17 to hear from the public about WMATA and help identify solutions for Metro. Attending were Wiedefeld, Fairfax County Supervisor Catherine Hudgins (D-Hunter Mill), Chair of the Board of Directors of the WMATA Mortimer L. Downey, and Fairfax County Chamber of Commerce CEO Jim Corcoran.

Virginia’s two principal (voting) directors on the WMATA board include Corcoran, who represents the state government, and Hudgins who represents Fairfax County on the panel. In January, Hudgins will reach the 12-year mark as a Metro board member. Virginia’s two alternate members, Arlington County Board Chairman Mary Hynes and Alexandria Mayor Bill Euille, are leaving office.

After an introduction, Wiedefeld joined Hudgins, Downey, and Corcoran in taking questions from an audience of over twenty persons at the Wiehle–Reston East station. Wiedefeld shared he uses the Metro in his work commute. Downey said the Metro radio system needs to be replaced, so at the same time equipment to improve cell phone reach will be installed. FCC Commissioner Michael O’Rielly and Downey hope the project can be completed in less than five years. Wiedefeld also said a nationwide search is underway for a new safety director at Metro.

Construction crews have been working at Comstock’s BLVD Apartments at Reston Station. First residents will move in in mid-February. The luxury apartments will be the first major building at Reston Station, adjacent to the Wiehle-Reston East Metro station.

Arlington resident Audrey Clement encouraged Wiedefeld to focus on maintenance issues during his first year as manager. Other topics mentioned at the Reston meeting included the possibility of a frequent-flyer or frequent-rider program, along with time changes for Metro morning peak hour fare. WMATA will also try out a flexible "name your own price" passes. Some in audience wondered if praise is shared with Metro staff. “I never hear anything back if I call in to compliment a conductor,” said Merrifield resident Kerry Morse. This lead to questions on whether Metro staff and station managers could enjoy a sense of ownership or pride on the stations and lines they worked.

Alexandria resident John Nelson, who uses the Metro Blue Line and will join the Riders' Advisory Council (RAC) in January, asked if police presence could be encouraged at the Metro stations. Wiedefeld agreed with the idea, and wants increased police visibility, not just at the information kiosks but also on the platforms.

Arlington resident Brian Gannon, who works in Reston as a facility manager at the Reston Community Center at Hunters Wood, attended the Dec. 17 Reston meeting. While Gannon said the official WMATA mobile phone app could be improved, he was glad Metro has a permanent manager. “I like how the general manager is making himself available and listening. I am optimistic,” said Gannon.

In the meantime, work continues on Phase 2 of the Virginia Silver Line, which is expected to reach Dulles International Airport and begin service in 2020.