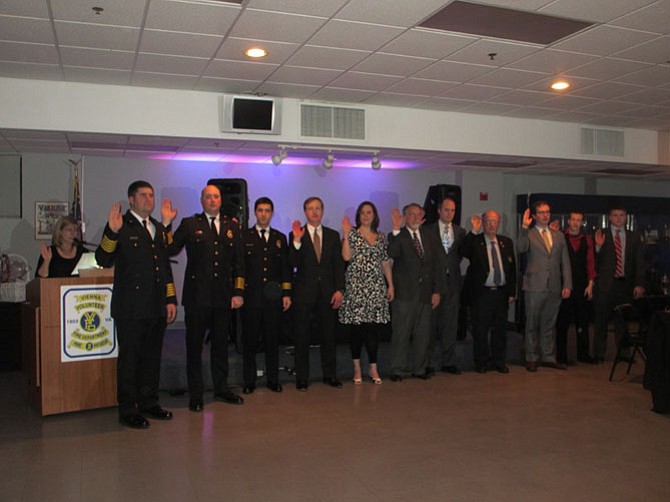 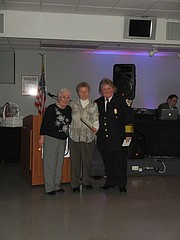 “Vienna is fortunate in having a number of these individuals,” said Anthony Stancampiano, VVFD president. “We continually depend on them as a source of dedication, professionalism and direction within the Department.”

VVFD CHIEF John Morrison presented Deputy Chief Jeff Snow with the Chief’s Award, calling Snow his “right-hand” man. The Vera I. Lloyd Award President’s Award was presented to Jane Towle by award namesake Vera Lloyd and Auxiliary president, Joan Dempsey. Life Member Tom Bonner presented Life Member Goldie Appleton with the Leon Freeman Award. Freeman founded the Vienna Volunteer Fire Department as a “bucket brigade” in 1903. The equipment was stored at what has become known as “Freeman House” on Church Street. Freeman served as Mayor of Vienna and delegate to the Virginia House of Delegates. Appleton has volunteered with the VVFD for 40 years.

The VVFD Auxiliary, a fundraising and support arm of the fire department in Vienna, presented the VVFD with a $15,000 check.

TO LEARN MORE about the services of the Vienna Volunteer Fire Department and to join, visit www.vvfd.org.