Residents reflect on their historic community. 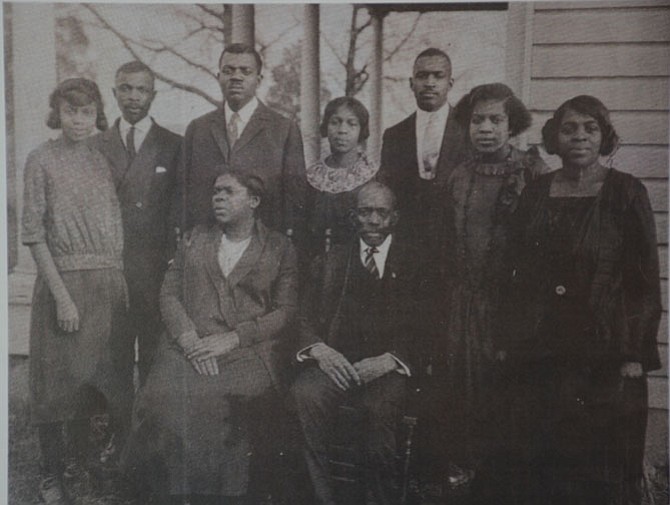 Retired teacher Gloria Wiseman still lives on the land her grandfather Hamilton Gray purchased in October 1894 for $357. A day-laborer from Culpepper, he moved to Gum Springs to work as a farmer on land originally owned by George Washington.

Wiseman’s house was built in 1973, the same site where Gray’s house once stood.

Gray joined the minister and deacons of the Bethlehem Baptist Church in Gum Springs who formed a joint stock club to pool their resources in order to purchase a large parcel of land and resell it to members of the community.

“I am so grateful when I stop and think,” said Wiseman. “I’m a Christian so I believe that everything is in God’s plan. He knew when Hamilton came here, what was going to happen, this land would be handed down through the generations.”

Wiseman’s mother Mary was one of three sisters in the Gray family that moved to Washington, D.C. for a change from the country life. Wiseman was born in the District, but eventually returned to the land her mother owned in Gum Springs.

Hamilton had set aside one acre of his original 9.68 for each of his nine children.

“How grateful I am to my grandfather for having enough wisdom and vision to see what he could do for his children,” said Wiseman. “I’m going to stay here for as long as I can, God willing, right here in the house.”

Queenie (left) and her mother Mildred Cox (right) sit in their Gum Springs house. Mildred has lived in Gum Springs for 70 years after her family moved there from South Carolina.

Today, resident Queenie Cox works through community challenges like the loss of parking access for churches in Gum Springs in favor of bike lanes.

As a sixth grader in 1964, she was more concerned with walking all the way to catch the bus to all-white Stratford Landing Elementary School, rather than her normal shorter route to the all-African American Drew Smith Elementary School (now the Gum Springs Community Center and Museum).

In sixth grade, Cox and her friend Glenda Blakeney were two of the first African American students to switch from Drew Smith to Stratford Landing. Cox’s older brother and sister went to Walt Whitman Middle School (in the current Mount Vernon High School).

“Our mothers made us do it,” said Cox. “At that time, the other kids, you didn’t have to do it that first year. We were like, OK, we’re going.”

“The first year, going through that, having Glenda in the same class, looking like me, was easy,” said Cox. “Overall, my classmates were nice, didn’t call me names, compared to what my brother and sister encountered over at Walt Whitman.”

Cox said her mother had a number of white friends; visiting with them and spending time at their houses prepared her for the experience.

Ron Chase, Gum Springs historian and director of the Gum Springs Museum, with a picture of his great-grandmother Harriet Cortrell, a slave who died in her 20s.

In one room of the Gum Springs Museum, Ron Chase reheats coffee he ground himself the day before, preparing to sort through more historical Gum Springs pictures and documents from his own estate and those of other slave descendants living in the community.

Chase draws his lineage back to at least one of the original 22 families in Gum Springs that included freed slaves scrambling for property and prosperity after the death of Martha Washington. Chase’s great-grandmother was a slave named Harriet Cortrell. Cortrell died in her 20s, tending a stove and making breakfast.

For Chase, the 1833 establishment of Gum Springs under patriarch West Ford (thought by some to be the son of George Washington himself by a slave) and subsequent fight for expansion and maintaining of the property by former slaves and their progeny, has become a legacy of battling for the rights of the community.

Among the struggles, he cited the fact that a sewer line didn’t come to Gum Springs until 1955, and after multiple people were killed crossing Richmond Highway in the ’60s, it took Gum Springs residents marching a coffin into the middle of the street to get the county to install a traffic light at Sherwood Hall Lane.

“The niceties, the amenities we have today were fought for — it’s been an arduous battle,” said Chase, adding that many of more recent residents of Gum Springs may not appreciate the fabric that’s held the community together since the mid-19th century.

“It’s not good,” said Chase. “Everyone should care about the history of this community.”