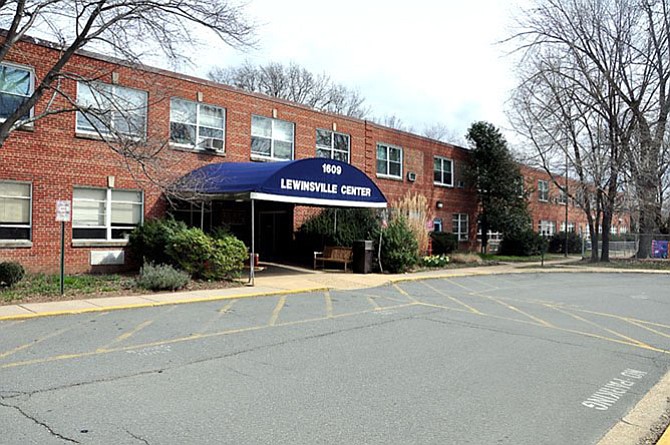 The Lewinsville Center will be replaced with two buildings including 82 units of senior housing. Connection file photo

McLean has a lot to look forward to. Literally.

Between the looming pedestrian improvements and downtown development, in addition to the yearly battle for their share of the county budget, McLean leaders will be busy this year.

“The big challenge for the county will be how to reconcile the ever-increasing requests for county services and school funds,” said McLean Citizens Association President Sally Horn. “The reality is that we’re still in an economy where our resources are not finite. I think the budget issue is going to be a challenge for the county.”

As someone who has voted on the county budget in the past six years, Dranesville Supervisor John Foust agreed with Horn.

“Continuing impacts from sequestration, slow job growth, weak commercial markets and lower than projected residential values will make the board’s job particularly challenging this year,” he said. “The county executive will present his advertised budget to the board in February, but preliminary information suggests we face a projected shortfall of $164 million including $100 million for the county budget and $64 million for the school budget,” Foust said.

THE COUNTY IS PULLED in several different directions, budget-wise. The past year has seen disappointment from certain parties, including Fairfax County Public Schools’ outcry after board members and administrators felt that the county underfunded them.

At nearly every School Board meeting since the budget was approved, at least one comment about the lack of funds has been made by board members.

“Both our Board of Supervisors and the public, if they ever wanted to understand the complexity of a county of over a million people and almost 200 schools, open up this brochure and understand what we’re dealing with,” said Braddock District board member Megan McLaughlin after a Capital Improvement Plan presentation at the Dec. 18 School Board meeting.

Foust said he is working with the McLean community to establish priorities.

“As I have done for the past six budget cycles, I have convened my citizen budget task force,” he said. “The task force will prepare a report with recommendations that will be presented to me in early 2015.”

He also plans to hold meetings throughout this jurisdiction to hear directly from citizens what they hope to see from this year’s county budget.

Foust also has another significant item to look forward to: the completion of the McLean Government Center’s building by this summer. Currently, the office is located in the McLean Square Shopping Center.

“The old building had inadequate space for the police and many of the building systems including HVAC and bathrooms needed replacing,” he said. “The existing 21,600-square-foot building is being expanded by 17,600 square feet, an increase to accommodate police needs through 2030.”

Changes in transportation and pedestrian and bicycle-friendliness will continue through this year. Last year, Foust helped to celebrate several new sidewalks and trails, a tradition he will continue in 2015 and beyond. Projects slated for completion this year include McLean Gateway - which currently is a median on Old Dominion Drive - that will welcome visitors into the business district as well as a relocated bus stop and accessible crosswalks at the corner or Old Dominion Drive and Birch Road.

“We don’t want to be Tysons,” she said. “How do we renew our vitality while maintaining our core interests?”

She said that question will be answered at future MCA meetings this year, something association members can look forward to.

SPECIFIC DEVELOPMENTS in McLean include the renovation of the Spring Hill Recreation Center and a possible agreement to redevelop Lewinsville Senior Center early this year.

“The plan is to raze the existing building and build two facilities, one to house an expanded senior center and the three day care centers, and the other to consist of approximately 80 independent living apartments serving seniors with incomes at or below the eligible household income limits,” said Foust. “The plan will require zoning approvals and has been presented to the community for public input.”