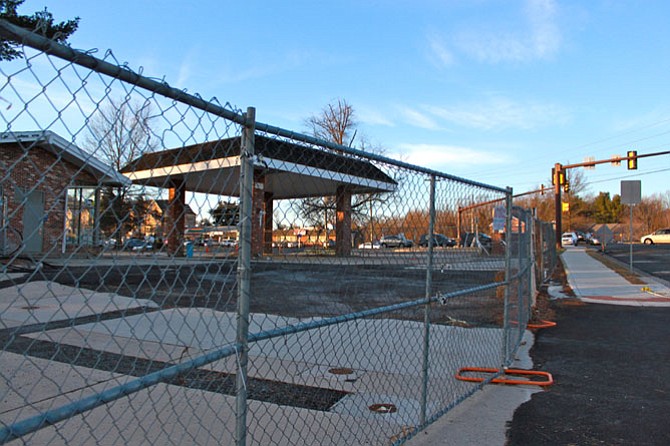 Updates on the the cleanup process for the methyl tert-butyl ether leak stemming from a gasoline spill from the old Exxon station on Walker Road will continue through the year. Photo by Reena Singh.

Great Falls residents will see the results of past resolutions and actions in the next 12 months.

Community leaders said the biggest topics the village will discuss this year include deer management, the Route 7 expansion and possible Independence Day fireworks.

“People will like to see the deer population controlled for various reasons,” Canis said.

Deer management will be a hot topic for Great Falls this year.

He noted that the majority of residents who took the survey - nearly 700 - felt the deer population needed to be controlled. At the meeting, Canis brought three people from Greenfire to talk about using neighborhood archery programs to safely and ethically hunt the deer. The deer meat harvested from property owners’ land would then be given to Hunters for the Hungry, a program that gives venison to families in need of food.

“In our meeting of 30 people, there were only two people who had concerns,” said Canis. “Ultimately, we’d like to have a patchwork of hunting around Great Falls.”

UPDATES ON THE CLEANUP process for the methyl tert-butyl ether (MTBE) leak stemming from a gasoline spill from the old Exxon station on Walker Road will continue through the year. Last year, GFCA found out the toxic plume was heading towards the Oliver Estates neighborhood. In a letter to Fairfax Petroleum and Kleinfelder, the group pushed to have three pumps added near the site to speed up the cleanup.

“We will be meeting soon with Fairfax Petroleum/Kleinfelder and Virginia Department of Environmental Quality in a technical discussion of report of the latest results of the monitoring well network, due to be issued about Jan. 26,” said GFCA Groundwater Contamination co-chair Glen Sjoblom.

According to Kleinfelder Geologist Nathan Stevens at the Nov. 11 meeting, one pump was recently installed. Adding another pump, however, may draw water away from wells.

What could not be promised was that the site would be completely clean when Kleinfelder was eventually done pumping MTBE out of the ground. MTBE eventually degrades into tert-Butyl alcohol, of which the effects are unknown.

Canis and GFCA Communications and Outreach Chairperson Phil Pifer also noted they will be working with the county on the proposed resident curatorship program.

The association plans to advocate for the Turner Farm House to be a first or pilot project for the program and will include a master plan on how the 3.5 surrounding acres will be designed.

The Turner farmhouse has been a controversial topic in the village for several years. The Save Turner Farm group, which advocates for equestrian clubs and the stargazing Analemma society, wants to keep the park low-impact and make sure no additional lights are placed near the site. The park and the farmhouse has been proposed by interest groups to be used as a recreation center and art studio, among other community areas.

Resident Ginger Nelson-Yale, Turner Farm Team, said in a previous interview that the home has been identified as one of the last Queen Anne-style buildings in the county. Because it’s not just an old, abandoned farmhouse to her anymore, she sees it as the opportunity to preserve what she calls a “viewshed” on well-traveled Georgetown Pike.

“So, there is a need to find an appropriate use for the house for this viewscape to be maintained,” she said. “The county has to do something with the property, the house cannot stay as it is. For those of us who like the Turner Farm as it is, finding a use for the house may also offer the best protection to that current usage.”

TO HELP SOLVE the ever-growing traffic problem, Route 7 will continue to be redesigned for expansion. Two more lanes to a seven mile stretch is being planned - but is not finalized - to alleviate the growing number of cars that come through the area due to the Silver Line Metro stations that opened in July.

Construction is slated for 2018.

“It’s thought of by (Virginia Department of Transportation) as a tube that funnels people from Loudoun County to Tysons,” said Pifer.

However, he said, it affects traffic in Great Falls, including on historic byway Georgetown Pike.

GFCA plans to work on microdesigns of the intersections, including advocating for traffic lights for various neighborhoods to ensure speedy and safe exit points.

“It’s one of the biggest things affecting quality of life for our citizens,” said Pifer about the traffic congestion.

According to JMT-Design consultant Phitsuru Tanaka at a public information session last year, 2,117 cars travel towards Tysons during morning rush hour in the area being studied. 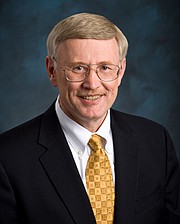 They are working with Reston Association and McLean Citizens Association to form a transportation coalition.

Dranesville Supervisor John Foust noted a small improvement that will take place in the upcoming year: completion of another stone dust segment on Georgetown Pike from Utterback Store Road to Falls Chase Court.

“The trail will be maintained by the Great Falls Trail Blazers under an agreement with Fairfax County,” he said.

Although he did not comment about a particular instance, Pifer also said the association will continue to enforce Great Falls’ values, including “improper development.”

“We’ll continue to work on the environment and the safety of our citizens,” he added.

More than 150 residents showed up at a community meeting in December to speak against the Basheer and Edgemoore cluster development proposal seeking rezoning. More than 1,450 citizens have also signed in-person and online petitions to stop the proposal.

More community meetings are planned in the future to continue the conversation between the community and the development company. Those dates are undetermined as of Jan. 23.

Foust, who attended the meeting, said the Board of Supervisors will not make a vote on the proposal until late spring.

“The turnout was significant and impressive,” he said. “It demonstrates a lot of concern on the community’s part. The applicant has a lot of work to do.”

ON THE COUNTY LEVEL, Pifer noted that the association plans to continue to advocate for their fair share of the county budget.

“We’re thinking of how to be more proactive,” he said.

He said he does not expect that the village gets as much as certain other areas of the county. However, he said the citizens need funding for items like parks and trails to increase local quality of life.

“Sometimes it takes something like that to happen to galvanize people,” she said. “There have been a number of people who stepped up and said they want to help bring the fireworks back.”

Another problem CGF faced last year was the lack of volunteers, a problem that slowly is being resolved.

“We will continue to broaden the base of volunteers,” said Lobato. “We need some people to help direct traffic at events or just run the popcorn machine - just little things like that.”