Mount Vernon Sports Briefs for the Week of May 6, 2015
Votes

Mount Vernon Sports Briefs for the Week of May 6, 2015 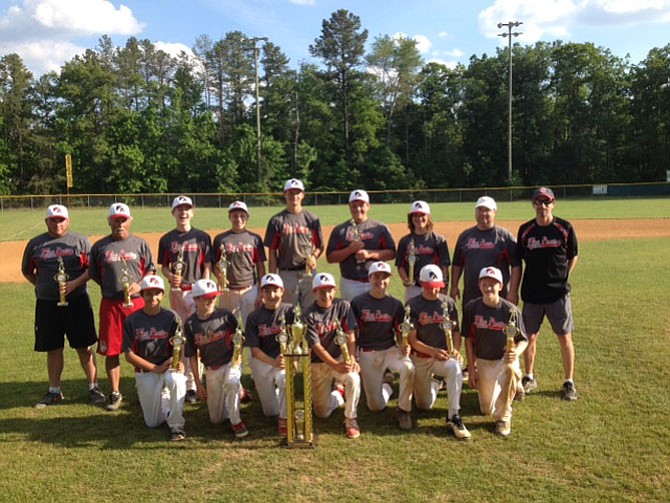 The ladies, Rachael Brautigam, Rachel Hardison, Liz Brodie, Natalie Lorca and Juliette Burcham, progressed beyond the heatson Friday to race in the semifinals on Saturday morning, the first time in recent memory a West Potomac team has progressed in this event.

Coach Shinners said: “I was fortunate to witness one of the most dramatic come-from-behind finishes that I've ever seen in 25 years of rowing, when the girls put on a tremendous surge at the end of their semifinal race to come in a close fourth, a mere .07 seconds behind the third-place boat (which went on to the 6-boat final later that day). The girls definitely finished in seventh place based on times in the semis; quite an accomplishment.”

The competition started on Friday with qualifying crew teams from around the nation. The two-day event featured many prominent schools. Coach Alan Weatherly said, “We are a small fish in a big pond.”

Seventh in the country is the highest finish ever for a West Potomac boat.

The West Potomac boys’ soccer team defeated Woodson 1-0 to win the Conference 7 championship on May 21 at Woodson High School.

It was the first conference/district championship in program history.

The Wolverines defeated Lake Braddock 2-1 in the semifinals on May 19 to advance to the championship match.

West Potomac entered the 6A North region tournament with a 7-5-4 record. The Wolverines faced McLean on Wednesday, after The Gazette’s deadline. The winner of the West Potomac/McLean match will face the winner of Oakton and Osbourn Park in the quarterfinals on Friday, May 29.

West Potomac, the No. 3 seed from Conference 7, will travel to face Conference 6 runner-up McLean in the opening round of the 6A North region tournament at 6:30 p.m. on Friday, May 29.