Notes from the Producer: ‘The Island’ Returns to MetroStage.
Votes

Notes from the Producer: ‘The Island’ Returns to MetroStage. 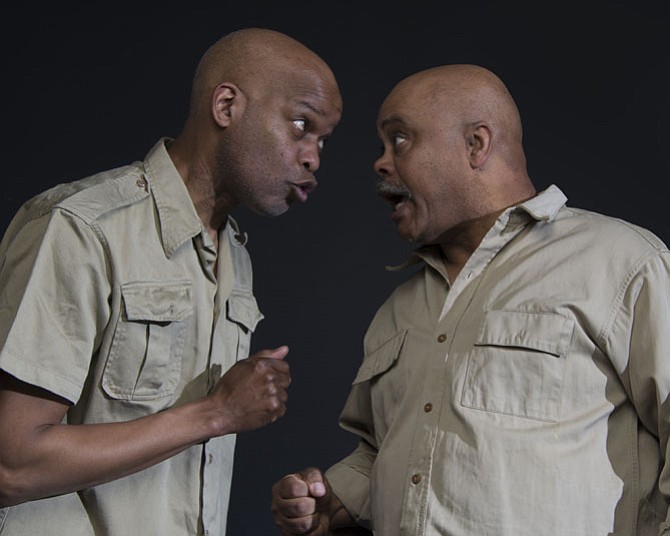 Michael Anthony Williams and Doug Brown star in “The Island,” playing at MetroStage through April 26. Photo by Chris Banks

I have wanted to bring “The Island” back to our stage since 1991 when it was first produced in our little storefront on Duke Street. Original cast member Doug Brown has returned to the role of Winston 24 years later. In the theatre, time really does fly.

“The Island” is a remarkable play devised by Athol Fugard with his colleagues John Kani and Winston Ntshona. It so real, so powerful, so honest and so human, as it depicts the horror of apartheid in South Africa. It is a wrenching experience, yet at the same time heart-felt and elevating.

From fighting for equality, revering family and community, the political stances taken against oppression, in this case by black activists in South Africa against apartheid resonates today. Featured in the play is the classic stand by Antigone, who defies King Creon and illegally buries her warrior brother, which parallels the story of the activists.

Too many are oppressed by too few and man’s inhumanity to man has continued into the 21st century. In fact, in some cases, it seems to have escalated. “The Island” is one of the most memorable, inspiring, dramatic works that we have ever produced—and in my opinion ever to have been written.

Fugard has written a masterpiece that resonates with everyone who cares about equality, human dignity and the right to live a fulfilling life. Sadly, parts of the world today have devolved into chaos/horror, whether it is the plight of Syrian refugees, oppressed religions, or continuing tribal warfare, but one thing we have to believe is that the human spirit will ultimately triumph. Thank you Athol, John, and Winston; also MetroStage director Tom Jones and actors Doug Brown and Michael Anthony Williams for providing us the means to feel, to believe, to embrace the power of our collective humanity. Isn’t this what the theatre stage is for—to collectively share this experience and be empowered to work towards change, progress and fulfillment for all?