School overcrowding is the primary focus for both candidates. 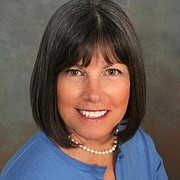 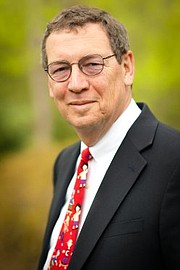 While School Board candidates don’t run as Democrats or Republicans, earning the endorsement of a political party has created an unspoken primary. Two candidates, Reid Goldstein and Sharon Dorsey, have begun campaigning for for the Democratic endorsement.

Both candidates have focused their campaigns on overcrowding in the schools, though the proposed solutions vary.

Goldstein said that the swelling student population means the schools will likely be forced to continue installing trailers at school sites.

“We need to take a flexible and multifaceted approach,” said Goldstein. “We might be putting trailers on park land, in the short term.”

“People were saying ‘You want to spend $400 million on a streetcar, but my kid’s in a trailer,’” said Goldstein.

As for communication with the County Board, Goldstein says he’s a bureaucrat, and bureaucrats know how other bureaucrats work. Goldstein is a contractor at the Pentagon and president of the Columbia Pike Revitalization Board. He’s worked with the County Board as a member of the Arlington County Citizen’s Commission on Housing and the Affordable Housing Task Force. Goldstein was involved in every level of the education system as his children went through Arlington Public Schools and served as chair of the H-B Woodlawn Parent Advisory Committee.

Dorsey said overcrowding is her top concern as a School Board candidate.

“The community is working on short-term solutions, but it’s important that we have long-term, sustainable facilities,” said Dorsey. “Overcrowding isn’t going away, even with a new elementary school. We really need to go with fluid, flexible, sustainable facilities that can expand and contract as our population does. We need to revisit some ideas that came up previously… why wouldn’t we start looking at multi-use buildings that are part elementary school, maybe part housing? Why wouldn’t we consider combining some schools, maybe elementary and Thomas Jefferson Middle School. The biggest part of overcrowding is in the elementary school, but that’s going to flow up. A connected school that’s multi-tiered as the population migrates, you can migrate classrooms back and forth.”

Dorsey said her perspective as a former teacher helps her understand what overcrowding does to a classroom, and working with the Literacy Council of Northern Virginia has shown her the effects on students. Like Goldstein, Dorsey served in various Parent Teacher Organizations as her children grew through the school system, and Dorsey served as vice-president of the Waycroft-Woodlawn Civic Association.

Both candidates also stated that communication failures were the main reason the Thomas Jefferson Elementary School proposal fell apart. For Goldstein, this was primarily an issue with communicating the benefits of the project to the community.

“Collaboration is even more essential than ever before,” said Goldstein. “The Jefferson site was APS-preferred site but APS did not do a good job of informing the public on why this would solve a set of challenges.”

Goldstein said the Thomas Jefferson site was part of a chain of reliefs and student population shifts that APS wasn’t able to properly explain.

“As a community member, I have felt that the boards are working at cross purposes,” said Dorsey. “The board members say everyone’s getting along fine. but that’s not the perception in the community. We have to keep lines of communication open. If there really is no real issue between the two boards, which I find hard to believe, I do believe we need better communication to the community on the perception issue. There needs to be more transparency on how these boards operate. They say they publish everything on the website, but need to know where and how to access that.”

Dorsey said she’s already started this process as a candidate by reaching out to the County Board candidates about maintaining lines of communication and brainstorming overcrowding solutions.

Both candidates also acknowledged that, while redistricting in schools can be difficult on families, it’s a vital short term tool for alleviating overcrowding in Arlington Schools.

The Arlington County Democratic Committee will hold its School Board Caucus on May 14 at the Drew Model School between 7 p.m. and 9 p.m., and on May 16 at Washington Lee High School between 11 a.m. and 7 p.m.