Warhawks to host Chantilly in 6A North playoffs. 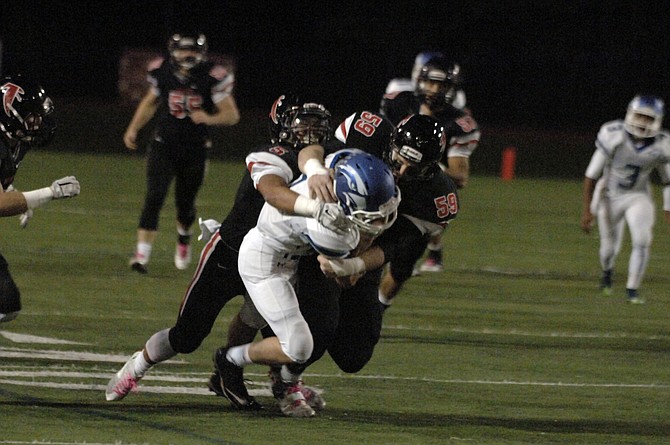 The Madison football team entered the 2015 season expecting to win the Conference 6 championship. The Warhawks secured an outright title on Nov. 6, beating Hayfield 53-20 in Vienna.

Now that Madison has taken care of its regular-season business, the Warhawks look to maintain success in the playoffs.

Madison (9-1) will host Chantilly (5-5) at 7 p.m. on Friday, Nov. 13 in the opening round of the 6A North region playoffs. After dropping their season opener against Oakton, the Warhawks have won nine straight games and earned the No. 4 seed in the region. Madison will face No. 13 Chantilly, which ended the regular season with a three-game losing streak.

“I’m real proud,” Madison head coach Lenny Schultz said about winning the conference title. “We said we were going to win a conference title, we put that in their head and we expected to win one. ... But we don’t’ want to stop there. ... I don’t think any of us want to stop winning. This time of year you’re one and done. I think we have what it takes to continue success [in the postseason].”

Madison last week scored a season-best 53 points in a win over Hayfield. Quarterback Jason Gastrock completed 13 of 27 passes for 276 yards and four touchdowns against the Hawks. He also ran for a score.

For the season, Gastrock, a first-team all-conference selection, has passed for 1,726 yards and 17 touchdowns, with four interceptions.

Ebersole, a first-team all-conference selection, has 34 receptions for 660 yards and six touchdowns. DeScisciolo has 20 catches for 386 yards and five scores.

Counts, a first-teamer, is the Warhawks’ leading rusher with 583 yards and 11 touchdowns on 100 carries.

"I don’t think we’ve had our perfect game yet,” Schultz said. “We’ve had some great games on defense [and] a few really good games on offense ... but we need to put it all together.”

The winner of Friday’s Madison/Chantilly game will face the winner of No. 5 Robinson and No. 12 Centreville.