Arlington: Fight for the Neighborhoods
Votes

Arlington: Fight for the Neighborhoods

Four Candidates vie for 40 percent of County Board.

There’s no President, no congressional, and no governor on the ballot this year. And yet, for Arlington, the November Election could be one of the most important in recent county history. With County Board Chair Mary Hynes and Walter Tejada retiring at the end of the year, two seats open up on the County Board. In the last November County Board election, Incumbent and Independent John Vihstadt managed to stave off Democratic challenger Alan Howze to remain the County Board’s sole non-Democrat. A year later, all eyes in Arlington turn towards the County Board in an election that could decide whether Arlington government remains Democratic or goes Independent. 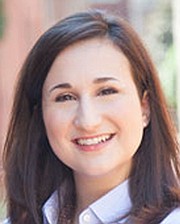 Candidates Katie Cristol and Christian Dorsey emerged from the crowded

June Democratic Primary with 23 and 22 percent of the votes, respectively. Cristol works as an education consultant in strategic planning and implementation for education policies. Locally, she was appointed by the School Board and Randolph Elementary School to serve as the school’s representative to the Arlington Public Schools Advisory Council on Instruction. Outside of education, Cristol was appointed to the Arlington Commission on the Status of Women and was regional chair of Women’s Strike Force, a pro-choice Virginia Political Action Committee.

“I represent a different way of looking at things, especially with a background in public policy,” said Cristol. “Of course, the biggest issue in this election is the schools and ensuring that they stay strong, so having the professional and personal background in education [is important].”

Dorsey’s background is primarily in housing affordability. Dorsey served as the executive director for The Reading Connection, a nonprofit promoting literacy for children facing housing insecurity, and led the Bonder and Amanda Johnson Community Development Corporation, which provided community services and pushed for moderate-income housing in Arlington’s Nauk neighborhood. Dorsey has also served on several boards of directors and, in county government, as a member of the Planning Commission and chair of the Tenant-Landlord Commission.

With backgrounds in education and affordable housing, both campaigned as “fresh perspectives” to the County Board. 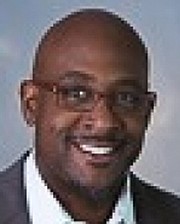 “I’ve never understood how being a Democrat makes you not innovative and an independent,” said Dorsey. “I’ve worked on issues that aren’t part of the Democratic mainstream, like work on literacy for homeless children. I was talking about affordable housing long before it was fashionable because it was the right thing to do. A fresh perspective is looking outside the common conversation about what needs to be done. I have a demonstrated career of doing that. That I happen to be a proud Democrat doesn’t minimize that.”

For Cristol, part of the difference is in her age. At 30, Cristol would be the youngest member of the County Board.

“Some of the difference is generational,” said Cristol. “It’s having a young family and being part of that mindset. There is a difference in perspective that comes from being at a different point in life .... It’s possible to have progressive values but see things differently.”

For the Democratic candidates, these perspectives allow them to look at issues that don’t often get attention in the County Board. For Cristol, childcare affordability in the community is an issue that isn’t being talked about enough but is one she’s encountered frequently during the campaign. For Dorsey, who's spent his career building communities, it’s unacceptable that many in the Falls Church community feel separated from the County Board.

In listening to their opposition, Cristol and Dorsey both said they respect the idea that the County Board needs to be more responsive to its citizens. For Cristol, that means pairing the progressive values of Arlington with the increasing focus on budget consciousness. In part, Cristol said this means listening more and more to the local neighborhoods and ensuring funding for neighborhood conservation programs.

“The idea that we need to connect more with citizens, residents, and really listen to and understand their concerns more than just a public meeting: they’re right about that,” said Dorsey. “I’m not sure they’ve offered ideas that I think are going to move the ball forward, but I think that’s an accurate diagnosis. And as we engage more, Arlingtonians are eager for someone who will be able to be a competent engager into the issues and willing to show leadership. That excites me. That’s my orientation.” 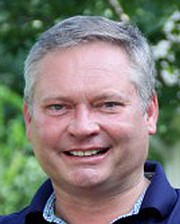 McMenamin’s primary criticism with the County Board’s direction has been its unwillingness to listen to neighborhood input. As a former president of the Arlington Civic Federation, McMenamin hopes to bridge the gap between Arlington government and the local communities. One of the biggest criticisms McMenamin says he hears from the community is towards what he sees as the county’s wasteful spending on big projects, particularly pointing to the million dollar bus stop and the failed trolley plan as examples of the county’s spending being out of touch with the community’s needs.

But McMenamin’s plans for fiscal responsibility extend beyond cancelling the big projects. While McMenamin said education is one of his key priorities, and that he would never do anything to compromise Arlington schools, McMenamin does say the county needs to take a serious look at revising how, and how much, the schools are funded.

“48 percent of the budget gets lopped off and sent to the schools,” said McMenamin on the county’s revenue sharing agreement with Arlington Public Schools. “The schools in the county don’t share networks. It’s like having two separate governments running at the same time, so what I’m talking about is leveraging those together and save us money in the long term.”

With the limited parkland in Arlington, McMenamin also said he’d take a strong stance against building schools or affordable housing on Arlington’s green space. Instead, McMenamin said the focus needs to be on expanding the existing schools, ideally vertically, rather than building entirely new facilities.

In addition to revisiting the schools’ funding setup, McMenamin also proposed series of tax breaks for Arlington businesses to stimulate job growth and, hopefully, combat office vacancies. As the president of 3 Birches Lane LLC, a real estate investment trust company located in Arlington, McMenamin says he knows how expensive it can be to start a business here. McMenamin also believes that whatever revenue is decreased in the loss of tax revenue would be covered by the amount of increased business. 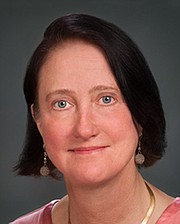 Clement is a familiar face at County Board meetings, often speaking as a local activist for environmental issues and fiscal responsibility. Like McMenamin, Clement says she’s very concerned about the high office vacancy rate throughout Arlington and what she called the Arlington County Board’s “lip service” to the local communities. Clement cited the most egregious example as the county’s work on the West Rosslyn Area Planning Sector, where the County Board already made deals with local developers before setting up a citizen’s group to evaluate the site, and not telling the members of that group that deal had already been made.

“They proceeded with that plan irrespective of what the citizens wanted,” said Clement. “That ends if I get elected. No major decisions are made before citizen input is solicited. That is probably the most important reform.”

In addressing Arlington’s financial issues, Clement said she joins with McMenamin in calling for a reduction on business taxes.

“Mike [McMenamin] is a businessman in this county, so I’ll take his lead on this,” said Clement. “If he says the taxes need to be reduced, then that’s what needs to happen.”

Like McMenamin, Clement’s proposals on education could prove controversial.

“I’ve proposed reductions in the secondary level student teacher ratio,” said Clement. “Increasing class side by one student, based on a calculator supplied by the school board, I believe that would save a minimum of $10 million each year. We would evaluate impacts at the end of the year. We have the lowest student teacher ratio at the secondary level of any school in the metropolitan area. It’s time for us to increase our secondary class size to reduce operating costs.”

But what chance do two independents have of unseating the Democratic control? After all, this isn’t the first election for either of the candidates. Clement has previously run for County Board four times, and McMenamin ran as a Republican in 2006 and 2007. But Clement says she likes running for office, and that each time she accepts the advice and criticism she receives along the way, and becomes a better candidate. For McMenamin, it’s a matter of timing. According to McMenamin, if ever there were a year to elect independents to the County Board, it’s this year.

“It’s the off-off year,” said McMenamin. “There’s no top of the ticket. There’s no governor or senator, it’s just core government county issues. That means that there’s an opportunity to have folks come out that are in tune with the community. They know who’s a part of the community and who has been working in the community.”