Centreville/Chantilly: Faith Groups Work Together for ‘Day to Serve’
Votes

Centreville/Chantilly: Faith Groups Work Together for ‘Day to Serve’ 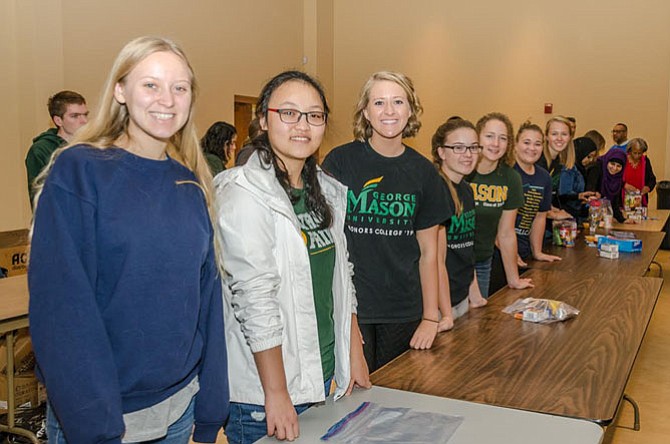 A group of students from George Mason University participate in the Day to Serve. Photo Contributed

From early September through Oct. 11, hundreds of volunteers across the local communities have been uniting to help their neighbors. Known generically as a Day to Serve, it is an annual initiative that transcends political and religious differences with the shared goal of helping those in need and improving the communities.

Planning for the annual service began months earlier. Ken and Fran Gardner of the Mormon Centreville Stake were project managers for the 11 area Latter-day Saint congregations. “Although there are lots of details, the part I enjoy most is to be associated with the hundreds of volunteers,” said Ken Gardner, adding that out of the planning, “some very meaningful projects emerged that benefited many needy families in our neighborhoods.”

Joe E. Dionne, president of the Centreville Virginia Stake of the Church of Jesus Christ of Latter-day Saints said, “To broaden our reach for good, we partnered with other faith-based groups. And we learned in the process that we have much in common, like the desire to do good deeds and help those in the most dire need.”

The Mt. Olive Baptist Church in Centreville and the Centreville Second Ward of the LDS Church collaborated on assembling food packets for the needy.

Two Latter-day Saint congregations collaborated with the Cornerstone Baptist Church in Warrenton to put together 50,000 meals to be distributed to food relief organizations in Fauquier County.

The Ahmadiyya Muslim Community partnered with a Centreville congregation of the LDS Church to create 1,500 Power Packs for school children. These were donated to the non-profit, Food For Others, who will make them available to Fairfax County Public Schools which distributes them to at-risk elementary schools throughout the school year.

Another was a project designed to help local food banks raise enough food to deliver 600 Thanksgiving dinners to families for this coming holiday.

“Often the giving is anonymous and we rarely get a chance to meet those in need,” Ken Gardner said. “But today outside a local supermarket a man approached me who had been assisted by the donations we had facilitated in previous years. He thanked me saying he hoped to be in a position soon to help another in need to return the kindness.”