A Hero in Vienna
Votes

A Hero in Vienna 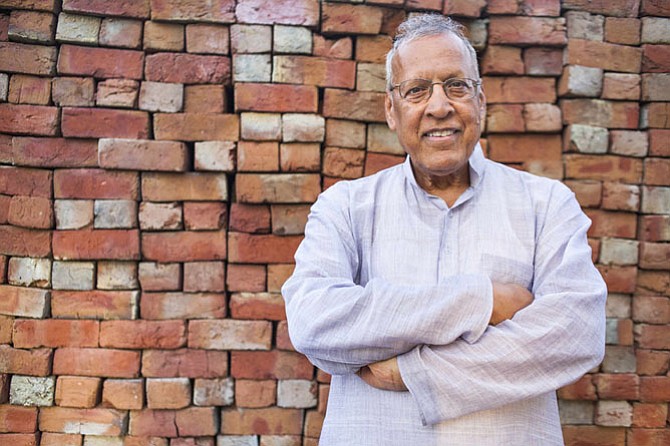 Vienna’s Bhagwati Agrawal has been named one of CNN’s Top Ten Heroes of 2015 and is in the running to be its Hero of the Year. CNN Photo

What is the difference between a stray animal and a human being? That was the question Vienna’s Bhagwati Agrawal’s mother asked him when he ignored an elderly woman who asked him to help her pull a few buckets of water from the well when he was a young boy in Rajasthan, India.

Agrawal has returned to Rajasthan but he is no longer the boy who refused to help. Now, he helps thousands of people get water in one of India’s driest states.

Agrawal is one of CNN’s Top Ten Heroes of 2015 and has a chance to be the CNN Hero of the Year and win $100,000. He was nominated in 2013 by, he suspects, his daughter Nayna. After a thorough check by CNN, the network contacted him and informed him that he was in the top 25 and that they would like to go to India with him to film the work he is doing.

AGRAWAL looked at how utilities work in the United States and the concept of passage rights, which allows for utility groups to have access to properties to provide services. He came up with something similar, acquiring rainwater harvesting rights.

So, he proposed that they share the cost and the water. “Half the rainwater is mine, half is yours.”

He funnels his share from each household reservoir to a village reservoir, which serves the rest of the people who are not able to collect rainwater.

His system of water delivery rhymes with the local culture. “We will not ask people to change their behavior. The only person who needs to change is me. How do I find a solution that is compatible with their behavior,” he said.

Agrawal had to think about the cultural, social and political attitude of the community. He knew that there was a mindset of entitlement and complacency from years of relying on government promises. He knew that political corruption was rampant and there was a distrust of local officials. And, he knew that the model in place for public services was build, neglect, rebuild.

He went to a local government office and he asked them if they wanted to provide water for their people. Officials there said,”’We are poor people. We don’t have anything to contribute.’ I said, that’s not true. By accepting that you are poor, someone told you that you are poor and you accepted it. In that process you lost your dignity. So don’t ever call yourself poor.” They offered 10,000 square meters of land at no cost for a whole year’s worth of water.

Agrawal moved to Vienna in 1982 and worked for GTE. He also founded Information Gateway that was based in Vienna. With his wife, Vimal, he raised three children, Nayna, Nilam and Abhinav, who are alumni of James Madison High School.

“They thought I was crazy,” he said when he started his project in 2003 after his business closed. “From their perspective, I’m not bringing money home. It was tough.”

He could have restarted, “Maybe I can make a million dollars more. I can have a big car, big T.V., big house. But is that what I want?”

Go to http://www.cnn.com/specials/cnn-heroes, for more information on CNN Heroes and how to vote. Voting ends Sunday, Nov. 15. To find out more about Agrawal’s work, go to http://si-usa.org/.