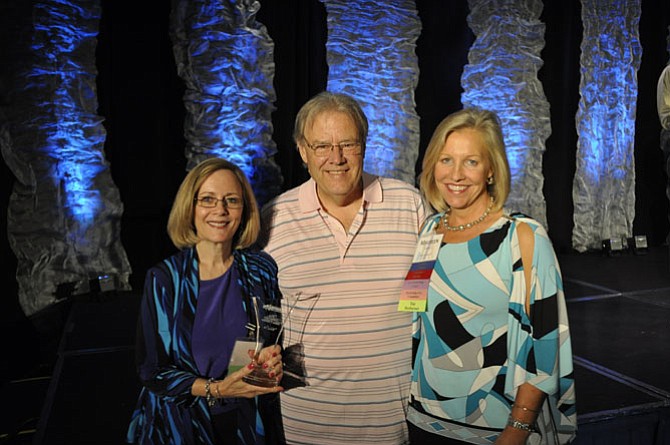 Maureen Loftus, executive director of LearningRx brain training centers of Reston and Vienna received the national 2015 Community Impact Award for being one of the top 10 LearningRx brain centers in the United States and was recognized for the 2015 Outstanding Customer Service Award by LearningRx’s corporate offices in Colorado Springs, Colo. LearningRx of Vienna is also celebrating their five-year anniversary. For more information, go to www.learningrx.com.

“As someone that has suffered a brain injury, I know that brain training can be life changing, whether you’re just looking for some improvement in school, or whether you’ve been affected by brain trauma,” said Maureen Loftus, executive director of LearningRx of Reston and Vienna. “We love being part of the Reston community and being part of our students’ achievements,” said Loftus.