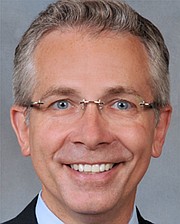 Community involvement: As long as I have lived in the City, I have served on a number of community boards, which has bettered the lives of Alexandrians. I currently represent the City on several inter-jurisdictional commissions in a leadership role – VRE, Northern VA Transportation Commission & Northern VA Regional Commission

Since first being elected to serve on City Council, I have been single-minded in assuring the health and safety of the Alexandria community and I will continue to pursue this as a defining call to service. This represents to me the primary function of local government and I intend to remain committed to this goal. This can only be accomplished through a concerted effort to maintain fiscal soundness and efficient management of municipal resources. I believe that this can be achieved through disciplined determination that assures the continued financial security of the City.

What distinguishes you from your opponents and why should voters choose you?

I pride myself on the ability to listen first and speak second. To me this is an earmark of an effective representative seeking to affect an interchange of ideas that will eventually lead to a viable solution or compromise.  A successful, effective dialogue between individuals is a result of the ability to listen and learn from others. I have demonstrated the ability to be forthright and straight talking in my conversations and dealings with the community. And this has served we well.

While funding is one of the keys to a quality school system there is no doubt that there are other methods whereby elected officials can assist in achieving excellence in education. The financial acumen and the accumulated experience of many City departments provide a resource to the school system on an ongoing basis. However, I believe that the continued cooperative dialogue between Council and the elected Members of the School Board provides a platform to address issues and emphasize to all residents that the School system is a highly valued component of a strong and stable community.

As I mentioned above in Question 2, I have demonstrated the ability to be forthright and straight talking in my conversations and dealings with the community. I approach my interactions with city staff in the same manner. I do not hesitate to ask tough questions and have frequently arranged meetings between residents and staff to discuss issues. Many of my questions to staff during Council work sessions and meetings are a result of communications form residents. This has earned me the respect of many with whom I share a different position.

We have been effectively dealing with this issue for a number of years and I can assure the voters that while these frequent "hiccups" have resulted in a wide variety of reductions we have done so with enlightened moderation across the board. I honestly cannot simply list three distinct areas to cut. That of course would be the simple approach just shut down this program, slash that budget, reduce that initiative by a whopping percentage, etc. Instead I would with the support of the public and working with my fellow Council members, city staff and boards and commissions seek ways to deal with the reductions that has the lowest possible impact on the health and safety of the residents of the city.

Given the importance of a strong preschool education and the statistics, which so amply bear this out I, would use this money to assure access to quality preschool for all children in the City. I believe in the overriding importance of this and would welcome a windfall of one million dollars to achieve this goal.