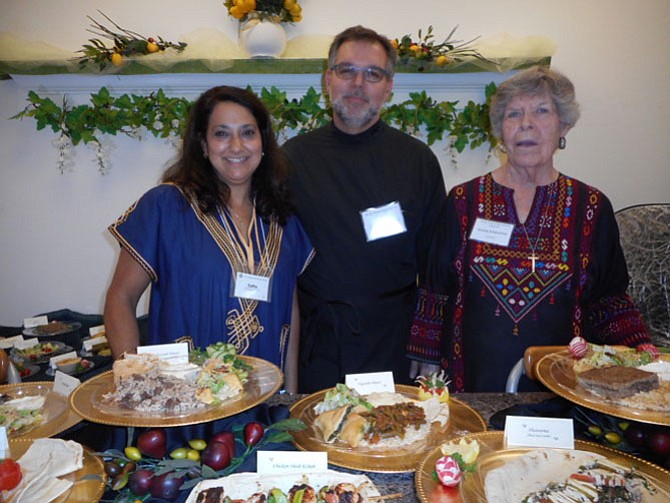 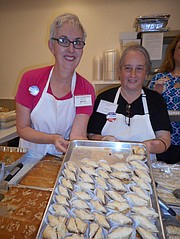 Heidi Kaska and Nancy Betress show off some of the 20,000 pieces of sweets for sale at the Middle Eastern Food Festival held over Labor Day weekend in McLean.

It was only a matter of minutes before the parking lot of Holy Transfiguration Melkite Greek-Catholic Church on Lewinsville Road filled to overflow on Sept. 5. Cars parked along Lewinsville Road and in neighborhoods, the star attraction at the church being the annual Labor Day Middle Eastern Food Festival. And although there were kids’ activities, vendors, and dabke dancing, food was the starring attraction. Platters of Middle Eastern entrees filled the tables, and lines formed at the sweets table where 20,000 pieces of sweet treats took center-stage. The baklava – in a selection of flavor accents – moved quickly. Many people walked directly to the sweets table, saying they had heard about the sweets in the Connection, volunteer Nancy Betress said.