Alexandria: Two Brothers are Going for the Gold
Votes

Alexandria: Two Brothers are Going for the Gold 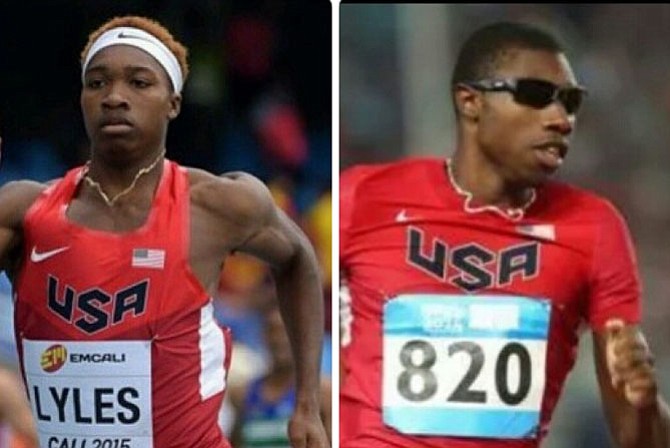 Noah and Josephus Lyles are hoping to compete in the 2016 Olympic Games in Rio de Janeiro this summer. Photo Contributed

Noah and Josephus Lyles, along with their 4x100 meter relay team from T.C. Williams High School, are headed to the Arcadia Invitational in California this weekend as they continue their quest to reach the 2016 Summer Olympic Games in Rio de Janeiro.

Keisha Caine-Lyles, “Momager” to the nationally recognized track stars, is hoping to raise funds to help her sons reach that goal.

“We are excited about our goals but we can't do it without your prayers and/or financial support,” said Caine-Lyles in the post. “Your financial contribution will assist with paying for training equipment, massages, chiropractic care, nutritional support, airline flights, meals, entry fees and hotel fees.”

More than $4,800 of their $8,500 goal has been raised in the last month to help the Lyles brothers compete for spots at the USA Olympic Trials to be held July 1-10 in Oregon.