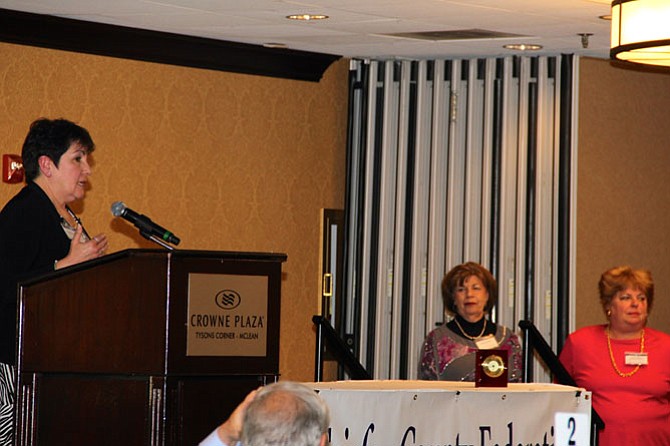 Olga Hernandez acknowledges her designation as Citizen of the Year as Sherry Zachry and Dianne Blais, LWV-FA co-president, look on. Photo Contributed 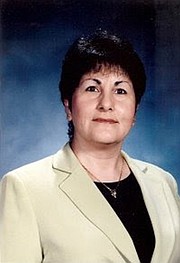 She served as LWV of Virginia president for four years, and is currently on the state board. She has organized statewide televised Gubernatorial and US Senate debates.

She served on the Help America Vote Act committee for Virginia, the Virginia State Board of Elections Residency Task Force and state Census Complete Count Committee. She is an officer of the Virginia Coalition for Open Government and the LWV of the National Capital Areas. She served on the Fairfax County Bi-Partisan Election Improvement Commission and has also served on various community committees.

Born in Cuba, but raised in Miami, Fla., Hernandez became a naturalized citizen at 18. She graduated from the University of Florida with a degree in Broadcast Journalism.

Her professional experience includes work in radio, public and commercial television news production, and print media in various locations throughout the U.S.

She has done work with Girl Scouts USA, various PTA organizations, military community groups and other non-profit and volunteer efforts. As a military family, her family resided in various states. In 1995 they moved and settled in Virginia.