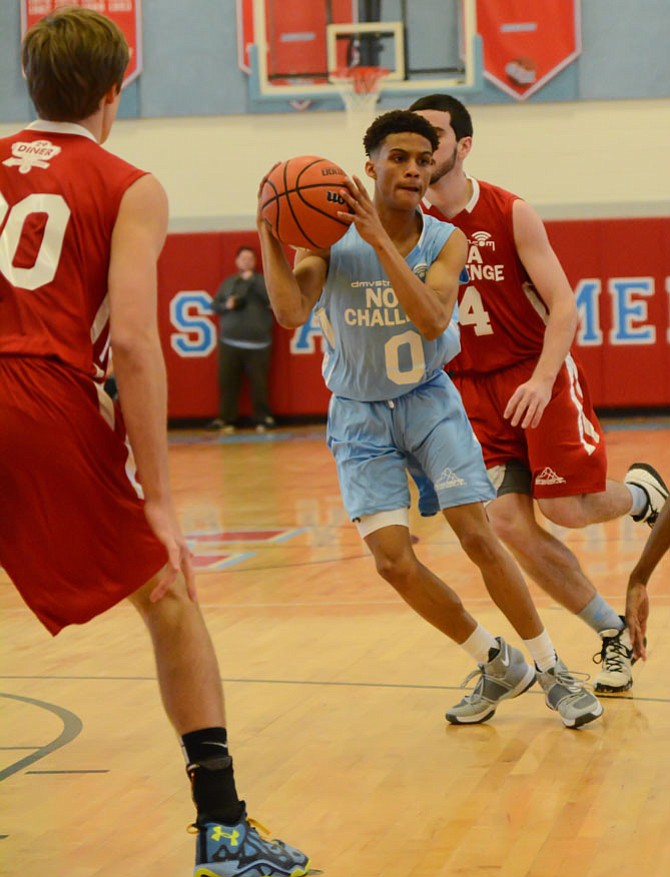 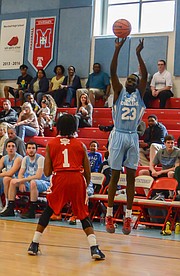 Deng Nhial, Eric Martin and Jonathan Adams helped the Wakefield boys’ basketball team win the Conference 13 championship, finish 5A North region runner-up and reach the state tournament. On April 10, the trio suited up for the Fairfax South All-Stars as part of the dmvstream.com Nova Challenge at Marshall High School.

The event featured some of the top talent in Northern Virginia and included two all-star games, a 3-point shootout and a dunk contest. The Wakefield trio competed against the Prince William All-Stars in the first game of the afternoon. Fairfax South led 31-19 at the end of the first quarter but eventually lost 110-107.

Nhial was one of five Fairfax South players to score in double figures. He finished with 16 points, three rebounds, two assists and two steals.

“It’s definitely an honor,” Nhial said about performing well in a game full of talented players. “Everybody comes out seeing how I perform and it’s definitely a great experience.”

Nhial averaged 13.3 points and 5 rebounds per game during the 2015-16 season. He was Co-Player of the Year in Conference 13 and earned first-team all-region and second-team all-state honors. Nhial will play basketball for Cheshire Academy, a prep school in Connecticut, next season.

Martin finished with eight points and three rebounds during Sunday’s all-star game. He was a second-team all-conference selection.

Adams had four points and four blocks against the Prince William All-Stars. He averaged 10.9 points during the season and was also a second-team all-conference selection.

“Knowing that we’re going to be going away, we’re probably not going to be playing with each other for a long time,” Nhial said, “so [getting] to be together with my boys for the last time is always a great feeling.” 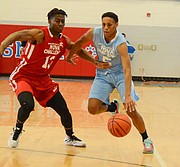 “It was great,” Djonkam said about competing in the event. “Every kid on the court I love. I grew up with half the kids on the court. ... [It was] my last time playing with the kids. It was great. I loved it.”