Fairfax: City Residents Have Their Say 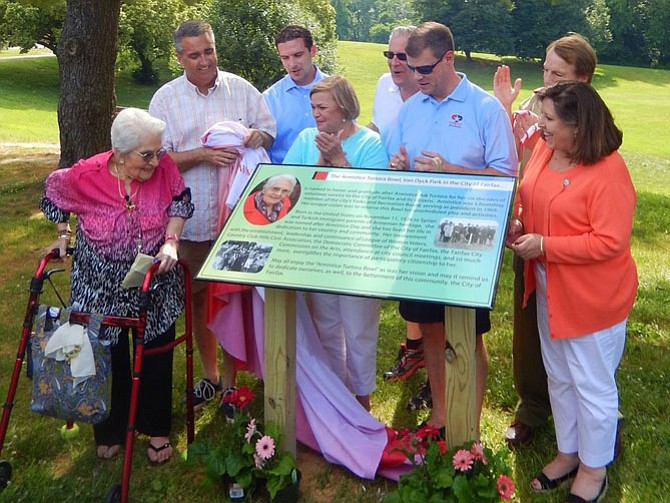 Scott Silverthorne was front and center at every City of Fairfax ribbon-cutting, new business opening, fundraiser and just plain fun event like Rock the Block or Fido Fest. He spent countless hours behind the scenes working with City staff and developers to bring new businesses into the City, responded to homeowners’ concerns and ran the many City Council meetings and work sessions.

A proud, hometown boy who graduated from Fairfax High, he dedicated his life to serving the City he loved. So while the City will experience a temporary loss of face from his arrest last week, the one who’ll suffer the most is Silverthorne.

Following in the footsteps of his father Fred, who served as a Fairfax planning commissioner, councilman and mayor, Silverthorne had big shoes to fill – and he did. He served 18 consecutive years on City Council and, in May, was reelected to his third, two-year term as mayor.

During his most recent mayoral term, he and the Council obtained $20 million in new, state funding for transportation projects, including $3 million in new, CUE buses, plus road improvements at Routes 50/123 and Kamp Washington. And the opening of Old Town Square in May 2015 has proven immensely popular with residents and visitors alike.

But Silverthorne faced tough times personally. Last year, he lost his job and his home, filed for bankruptcy and battled cancer. Yet through it all, he carried out his mayoral duties. Now, though, he’s resigned, effective Aug. 11.

He already appointed Councilman Jeff Greenfield as acting mayor, based on his Council seniority. But a special election will be held to replace Silverthorne. Meanwhile, since City Manager Bob Sisson handles the City’s day-to-day operations Fairfax business will keep functioning as usual.

In an Aug. 5 message to City employees, Sisson wrote, “We all regret that this has happened. There is no bigger champion of City employees than our Mayor. All City operations will continue in normal fashion. I would just suggest that you keep Scott, the City Council and our fine City in your thoughts and prayers.”

In May 2015, Mayor Scott Silverthorne [center] and other dignitaries cut the ribbon on the City’s Old Town Square.

ON HIS FACEBOOK PAGE, Silverthorne posted a message Aug. 5, saying: “Dear Fairfax friends, based on advice from my legal counsel, I am not going to be commenting on my pending case. I ask that you allow the process to proceed before rushing to judgment [as tough as that may be]. Thank you for the many calls and emails today; I will try my best to be responsive.”

That same day, Greenfield issued his own statement, saying “The Fairfax City Council appreciates Mr. Silverthorne’s longstanding dedication to the community. He has served the City of Fairfax as a Councilmember and mayor for more than a quarter of a century. The community has benefited from his dedication and his vision for making Fairfax an excellent place to live and work.”

Indeed, with the exception of some bitter, political opponents, for years the capable and charismatic Silverthorne has been extremely well-liked – almost beloved – by City residents, so reaction to his dramatic fall from grace has been equally strong. His friends are standing by him, but others aren’t so forgiving.

“Politicians and officials are held to a higher standard,” said City resident Micah Rush. “When more is expected, more should be taken away if you commit a crime. You’re in a position of public trust and are expected to comport yourself accordingly, and meth is pretty horrible, toxic stuff.”

“To each their own,” said resident Debra Kazemi. “But when you do something illegal, you shouldn’t be in public service. And meth is such a bad thing in the country, I’d like to keep it out of the area. If they find [Silverthorne] guilty, he should resign; you can’t be mayor from jail.”

Ian Tarasevitsch was “concerned to hear he was a substitute teacher. What consenting adults do in their own time is up to them. Still, it speaks to character.”

Longtime Silverthorne friend Marilyn Larsen spoke with him on the phone after getting the news. “I was astonished,” she said. “And Scott’s so angry with himself because he’s ruined his life. He’s also upset because people think he’s a drug dealer, but he’s not. Serving Fairfax is who he is; all he ever wanted to do was make friends and do good things for the City.”

Larsen is also angry about how Silverthorne’s after-hours activities came to light. “It was a set-up,” she said. “The police weren’t looking for him on their own – they got a tip. To me, it’s vindictive; somebody was out to get him.”

“Scott was my former student at Fairfax High, and I will always stand by him because I know the type of person he is,” she continued. “He’s kind and good and I’d trust my home and family with him. Scott owned up to [his mistake] right away. We’re not the sum total of the worst thing we ever did, and Scott has a long history of doing good, honorable things for people and this City, and I believe in him.”

Ellen Erikson, a friend of Silverthorne’s from high school, feels similarly about him. “He’s always been a great guy,” she said. “We never know people’s lives and their struggles inside, and my heart just breaks for him. His whole life was Fairfax City; and now, for the one thing that means the most to him to be taken away, has got to be devastating.”

And while many people on Silverthorne’s Facebook page have told him to “hang in there” and that they’re praying for him, some others have taken potshots at him. And it made Erikson furious. “You don’t kick someone when they’re down, you show compassion,” she said. “Everyone’s got issues; I’m sure everyone’s done something they wish they hadn’t and are embarrassed about. But it’s not made public for all to see; but his is because he’s the mayor.”

Furthermore, said Erikson, “Scott’s entitled to a private life, and the choices he makes are his. You can’t judge someone’s entire life on just a snippet, without knowing the full story. He’s a genuinely good person and he doesn’t deserve all the criticism he’s been receiving.”

Besides, she added, “People have done worse things, and I want him to know that his true friends and those who care about him and love him will still be there for him. You don’t stop caring about someone because they made a mistake. He’s human, and for us to expect perfection is unfair. It’s OK for people to be disappointed, but not judgmental. The guy feels bad enough, as it is.”

Friend Lisa O’Neill, who’s known Silverthorne all his life, said, “Scotty has always been about what’s best for the City. He turned it into a place where people want to be.”

COUNCILMAN David Meyer said Silverthorne began serving Fairfax in 1990 and has had a “long history of service and making a difference in our community. So [his arrest] is particularly distressing to the Council and the City’s many volunteer leaders. But we must focus on working cooperatively to move the City forward.”

He said Fairfax is on the cusp of several, major initiatives holding great promise. “We just completed a rewrite of our zoning ordinance, we have a new affordable-housing policy, we’ve approved two, significant, mixed-use projects and we’ve begun work on rewriting our Comprehensive Plan,” he said. “I believe the City is resilient and we will get through this. Fairfax is a wonderful community in which to work, live and raise a family.”

“This event does not define who we are,” continued Meyer. “We’re a diverse city with committed leaders who’ll continue working with the Council to see that the initiatives we’ve already begun will come to fruition.”