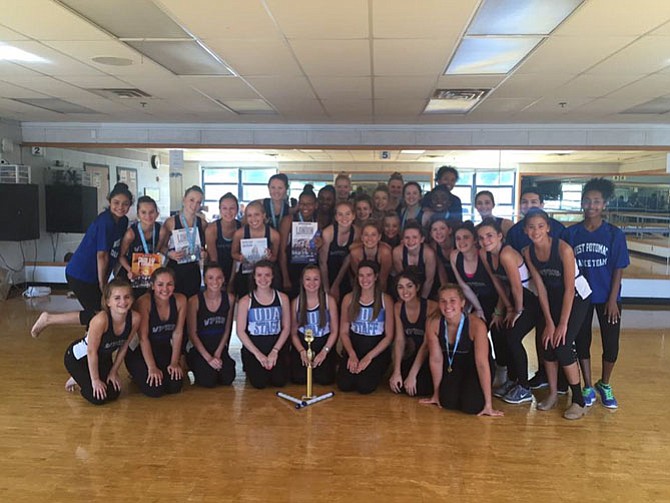 The West Potomac High School Varsity and JV Dance Teams engaged in a three-day, nine-hour-per-day audition with the Universal Dance Association (UDA) that culminated on Aug. 10 with the Varsity team being awarded an invitation to attend UDA’s Nationals Competition at Disney World Resort in Orlando, Fla. in February 2017.

Both teams had to learn three dances in two days then perform them for evaluation on the third day. The Varsity team received a Superior rating for their efforts.

Both Varsity and JV dance teams are supported through their own fundraising, which this year will include Varsity efforts to raise the funds necessary to get to Orlando for Nationals. Both teams are practicing 20 to 30 hours per week in August to prepare for Nationals and for their performances for West Potomac football game halftime shows.