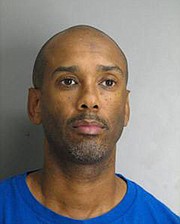 In September 2015, Michael A. Sweeney, 44, of Woodbridge, was charged with contributing to the delinquency of a minor. Sweeney had been discovered with the victim, a 16-year-old girl from the Alexandria area of Fairfax County, in a vehicle that was parked in the parking lot of the 8800 block of Richmond Highway.

According to police, these crimes took place between November 2013 and September 2015.