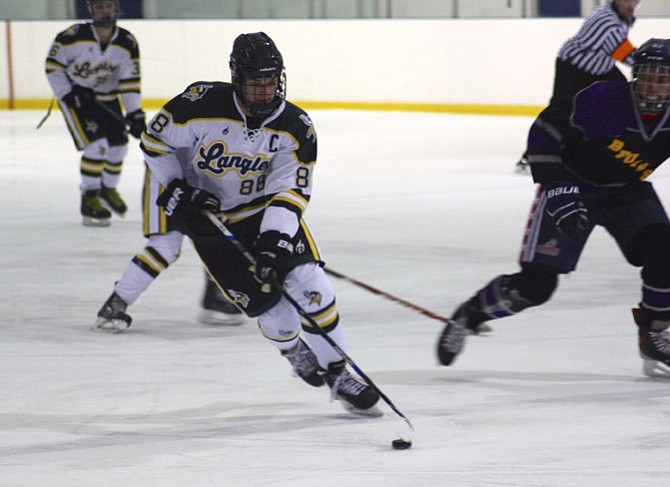 The Langley Saxon Hockey Team celebrated Seniors Night on Friday, Feb. 5 with a 7-4 win over Lake Braddock. Langley’s two seniors, Jason Guidi and Wyatt Conrow, played big roles in the win. Conrow began the scoring with a goal just over a minute into the game. Guidi then scored the first of his four goals less than two minutes later. The two seniors also accounted for three assists for a total of eight points. In the third period, junior Kevin Wang added two goals to the effort. Freshman Max Campbell was strong in goal and kept the game out of reach for Lake Braddock.