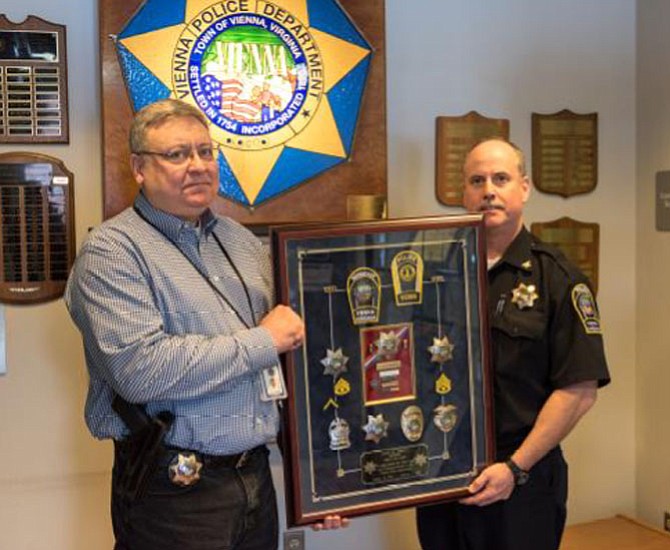 He began his career with the department in January of 1990.

Academy, he was assigned to the Patrol Section.

In 1992 he received the Mothers Against Drunk Driving (MADD) award for his Excellence in DWI Enforcement and Substance Abuse Prevention.

In 1998 he received the Outstanding Performance Award for leading the department in arrests and traffic summonses and in 2000, he received the Vienna Optimist Club Officer of the Year Award.

Lt. Forgesis a native of Cleveland, Ohio and graduated from Edinboro University with a

In his retirement Lt. Forges will be returning to Cleveland, Ohio to spend time with family and his dog Harley.