Local officials look out over the horizon in the new year in Vienna.

What does 2016 look like to elected officials and the business community serving the greater-Vienna area? From Vienna to the U.S. government, community leaders share their outlooks. 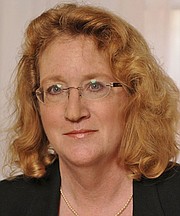 The VBA supports “Small Business Saturday” and other shop-local events sponsored by the Town of Vienna, Claus said. The VBA also offers many “no-or-low” cost ways to promote members’ businesses within the community.

The Vienna Business Association will hold its first awards gala, on April 7, to honor VBA members for their contributions to the community. The gala includes live entertainment, a silent auction and a raffle. Ticket purchasing, site location and catering details will be announced shortly on the VBA site: www.viennabusiness.org. The community at-large is invited to meet the business people who support them in many ways through many events, from Oktoberfest to the halloween parade and First Night Vienna. “It is our first and we really want it to be a success and honor a few outstanding members,” Claus said.

The VBA has also launched the “VBA Referral Group” that meets the first and third Friday of each month from 8 to 9 a.m. at Jammin’ Java. The lead-share group, a networking opportunity, is open to VBA members only. 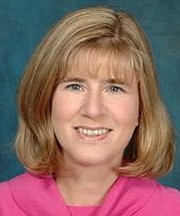 The only significant issue Kelleher raised was the closure of the Vienna Community Center for its 1-1/2-year remodeling. The loss of program space has been mitigated, mostly, by other venues stepping up [i.e., Vienna Volunteer Fire Department station, Cedar Lane offices] and opening up their resources. Hard-hit were groups that met there or clubs that hosted special events.

Every five years, the town engages in a review of its comprehensive plan in consultation with the planning commission. The 2016 review was initiated in 2015.

There are two substantial applications for Maple Avenue Corridor re-zonings. Re-zoning, Kelleher said, is always a two-sided agreement between the town and the applicant.

In late 2015, Vienna became the first Virginia local jurisdiction to offer bonds with a “green” designation. The community center renovation is LEED-certified. Once again, Standard and Poor’s and Moody’s rated Vienna with a AAA rating, giving the well-managed town low interest rates for borrowing money to finance projects.

Follin Lane construction complications arose in 2015 and are still being addressed by the Town of Vienna and some residents living on the road. 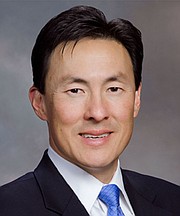 “Professionally, I look forward to continuing to serve my constituents in the Virginia House of Delegates, and I am just as excited today as I was in 2010 when I first went to Richmond as their state representative.

Personally, 2016 is a milestone year as I will turn 50 in May. After more than four decades of continuously attending schools and/or working around the clock, I decided to take a break from paid work for a while to concentrate my time and attention as a stay-at-home dad. Both kids will become teenagers this year, so my wife and I will plan on spending as much time as possible building strong relationships with our kids before they gain more ‘independence.’” 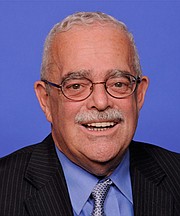 “There are many issues of importance we can look forward to in 2016. To begin with, great progress is being made on Phase 2 of the Silver Line. Excavation has begun at the Reston Town Center, Herndon, and Dulles Airport stations, and crews are scheduled to begin structural steel erection at the Innovation Center Station this February. As we have seen with Phase 1 and the redevelopment it has sparked in Tysons, Phase 2 will be critical to realizing the full potential of the Dulles Corridor, what I often refer to as Silicon Valley of the East Coast.

I am also excited about the progress we have made in redeveloping Tysons into the next great American city. More than 4.5 million square feet of development will get underway in the next year, making this a premier destination in Northern Virginia to live, work, shop, and dine.

In Congress, I remain focused on passing the Trans-Pacific Partnership (TPP) trade agreement. TPP will provide tremendous economic benefits to our regional economy, expanding Virginia’s existing partnerships with the six countries with which we currently have trade agreements, and, open markets in five new countries. It will also allow the U.S. to set stronger labor, environmental, and human rights standards throughout the global economy.”