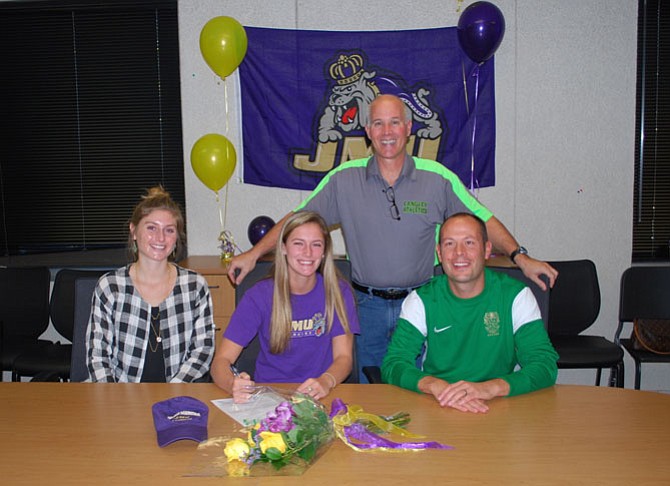 Q: Where do you live?

A: The news channels definitely gave me the perception of a lot of snow but I was still not completely sure we would be getting over two feet!

A: My mom and I went to the grocery store to grab some of the essentials before the storm. Also, my brothers and I played outside all day on Friday because we were afraid it would be too much snow to play in later!

A: Recently, I picked painting back up so I was able to paint a few canvases during the free time. My mom and I baked cake pops and made some new dishes together and then at night my family would pick a movie to watch together. The movie “Everest” did not go over so well with us!

A: My family and I enjoyed the snow together. My two younger brothers and I had a few snowball fights and we also helped shovel out our driveway. My dog was over her head in the snow, but she managed to jump through to get to us. My youngest brother, Ryan, was also challenged on my mom’s Facebook page to a “snow jump challenge.” He had to get into his underwear and jump in the snow. Then he could challenge someone else. It was hilarious.

Q: You suffered a knee injury during your junior lacrosse season. Where are you in terms of rehab?

A: I tore my ACL, MCL, and meniscus of my right knee in the beginning of May. In June, Dr. Keith Lawhorn reconstructed my knee using a graft from my hamstring. I worked harder than I ever have to get myself back to playing again. I pre-habbed for a month before surgery and then rehabbed for six months. I was able to use an AlterG machine that takes your body weight off of your legs. It’s a bit like a baby “bouncy-seat!” I am now fully cleared to play and have been able to participate in team practices and conditioning sessions to get ready for the season.

Q: Do you play a winter sport at Langley or are you training for lacrosse?

A: I played basketball and then winter track in the past for Langley. I took this winter off from a winter sport to train for lacrosse. My coach, Maggie Kovacs, is getting our team ready for the season with green day practices, hard conditioning sessions, and team yoga. I also go to Perfect Performance, where Leonard Stephens (former Redskin) helps me regain my foot speed and quickness. I think I am faster now than I was prior to the injury, so in reality it’s been a blessing! I will play my first game for Langley on Feb. 13 in the Valentine’s Day shoot out tournament.

A: I worked out in our basement, but I especially think that shoveling two feet of snow is exercise!