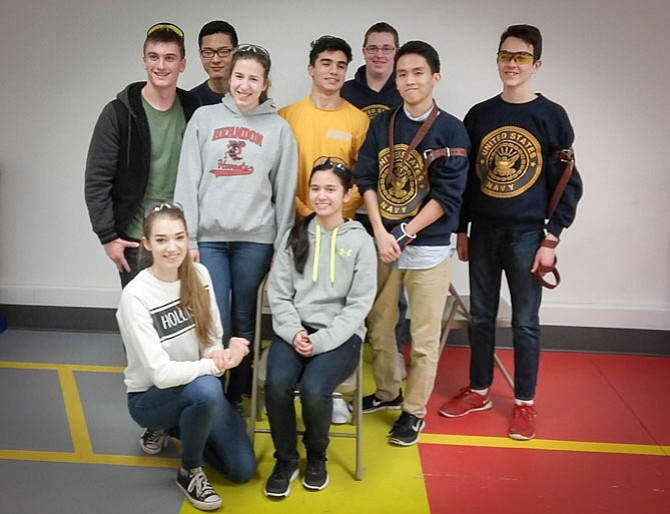 Rifle Team members celebrate competing in the Area 5 Championship, and thank the Izaak Walton League for inviting them to shoot the match at its new facility. Photos by Robert R. Maxwell 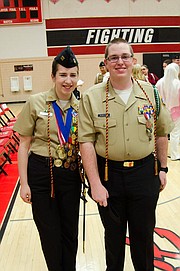 Cadet Allison Maxwell and Cadet Clayton Newcomb recently graduated from Herndon High School. They competed on the Rifle Team together for four years. In the fall, Cadet Maxwell will be attending Franklin Marshall College, where she will study neuroscience. Cadet Newcomb will be attending Northern Virginia Community College followed by George Mason University, where he will major in math education.

After six months dedicated to practice, perfection, and intense competition, the Herndon High Navy JROTC Rifle Team celebrated their best season ever. Highlights include new school records and award of the Fairfax County JROTC Rifle Spicer Cup as well as a third place finish in the Area 5 Championship, which includes more than twenty teams from Virginia, Maryland, and the District of Columbia.

Over the past four years, the Rifle Team has broken record after record, and this year was no exception. The team broke every team record in existence, and it also had a novice shooter, Cadet Erin Maxwell, who set two new individual rookie records.

“I think we accomplished so much this year because every team member set and exceeded personal goals,” shared Cadet Maxwell. “While air rifle requires practice, patience, and resilience, anyone with a real interest can be successful. None of our team members, including myself, had ever shot competitive air rifle until enrolling in Herndon High’s Navy JROTC. The Unit gave us all a great opportunity to learn an NCAA sport.”

Most impressive, however, was the Rifle Team’s third place finish in the Navy JROTC Area 5 Championship, which is the highest the team has ever placed among the many highly competitive teams in Virginia, Maryland and the District of Columbia.

Herndon High’s Navy JROTC is for anyone interested in real leadership experiences, teamwork, and/or high-level competition. There is no military commitment. To learn more about this program, contact David Adler, Captain, USN (ret) at (703) 755-5710 or dbadler@fcps.edu.