MCASAC participated in a nationwide “Clear the Shelter” weekend. 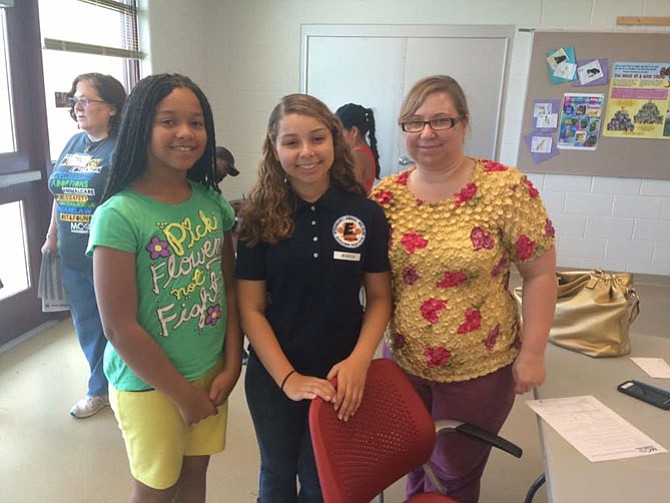 Unfortunately, not all homes last forever, and this is just as true for our four-legged friends as it is for us. Enter the Montgomery County Animal Services and Adoption Center (MCASAC), the county’s only open-admissions municipal animal shelter. While this establishment prides itself on providing high-standard shelter for homeless, abused, and neglected animals in the community, the Center’s true goal is to find its animals loving and permanent homes.

“It’s giving a home to an animal who’s lost a home,” said Tom Koenig, Director of MCASAC and proud owner of two adopted dogs, “The first option should be adoption. Many of the animals here have had time in homes already, and they’re good pets, as those of us who’ve adopted all know.”

“We have lots of pets and they’re looking for love, and a forever home,” said volunteer Margaret Smith. “And if you’ve got love to give and a space, this is the place for you.”

And such is the goal of the Clear the Shelters initiative, a national team-up between NBC/Telemundo and animal shelters across the United States. Shelters like MCASAC drop adoption fees for a single day, while NBC spreads the word, all with the intent of finding homes for as many of the shelter’s animals as possible. This initiative’s second annual campaign came to local shelters Saturday, July 23, finding homes for many of MCASAC’s animals, ranging from Boyd the Iguana to Richard the Chinchilla.

“This is fate,” said Rachel Gill, referring to Alex, her newly adopted Chinese hamster, who happened to share a name with Gill’s boyfriend, Alex Sickler.

“We got our dog Maggie from here too, back in April,” Sickler added, “She’s half Chihuahua, a quarter Min Pin, and the rest is a mix.”

“They found her in March this year as a stray outside a Petco in Kentlands,” Gill elaborated, “So they didn’t know too much about her, but when we came and saw Maggie we fell in love with her. She’s great. Now she’s almost about to graduate from puppy class, so she’ll have a little certificate that we’ll frame and put up by our diplomas.”

A loving home indeed, but unfortunately, not all the animals find a home and framed diploma so easily. “It’s always a little harder for the bigger, older dogs,” said MCASAC’s Community Outreach Coordinator Katherine Zenzano. “Since everybody always wants small dogs and puppies, because they think they’ll be less work.

Zenzano seemed frustrated and saddened by this vicious cycle some of the dogs go through, as those most terrified by their surroundings are those forced to stay the longest, as their fearful behavior drives off potential families.

Lillie Jean is one such dog, who Zenzano noted was so congenial, playful, and confident outside of the kennel that it was a shock to discover she remained unadopted nearly three months later. “Then I saw her the other day, and she was barking and lunging and growling,” Zenzano said, “and I thought, ‘oh ok, this is why, you have terrible kennel presentation, and you’re that dog that when people see you, they’re scared of you. And they don’t see what a great dog you are.’ And Lillie Jean is like so many dogs. They’re sensitive and scared and they deteriorate.”

Luckily for every animal there’s still some hope, and many older cats and dogs are sponsored year-round by the MCASAC’s non-profit partner MCPAW, which designates certain cats and dogs as Purple or Amber Care animals, and pays their adoption fee for any would-be adopters.

During this Clear the Shelter event, Lillie Jean was among the 78 animals adopted, alongside 20 other dogs, 37 cats, several guinea pigs, a pair of frogs, a pigeon, and many more.