Fairfax: 4,500 Motorcycles in Ride of the Patriots
Votes

Fairfax: 4,500 Motorcycles in Ride of the Patriots 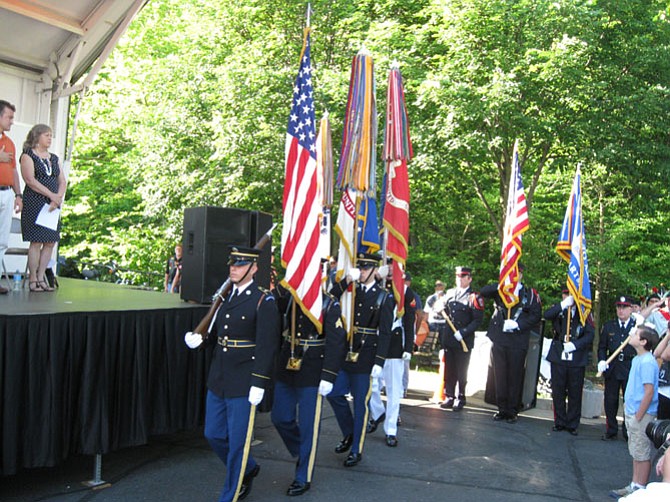 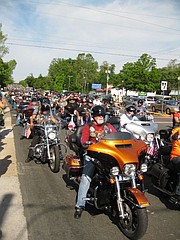 The procession of motorcycles parades down Route 29 in front of the Patriot Harley-Davidson in Fairfax for the Ride of the Patriots on Sunday, May 29 en route toward Rolling Thunder at the Pentagon.

Roughly 4,500 motorcycles lined up in front of the Patriot Harley-Davidson on Route 29 in Fairfax for the 18th annual "Ride of the Patriots" on Sunday, May 29. The parade of bikers followed a route to the Pentagon where they joined with thousands of other bikers on Memorial Day weekend for the 29th annual "Rolling Thunder" to pay their respects to their fallen comrades and to remember those who gave their lives for their country.

After a short parade featuring both City and County of Fairfax officials along with State and Congressional representatives, police, fire and rescue units, Veterans groups, the Fairfax High School Marching Band, and the Firefighters’ Emerald Society Pipe Band , there was a send-off ceremony. The keynote speaker was Army Staff Sgt. Earl Granville (Ret.) whose career included deployments to Bosnia, Iraq and Afghanistan. He advocates for the importance of finding help for returning combat veterans suffering with Post Traumatic Stress Syndrome.

Following the ceremony, there was a full police escort of the Ride of the Patriots to the Pentagon by the Fairfax County Motor Squad and units from the City of Fairfax, Fairfax County Sheriff and other local jurisdictions. To show support, fellow citizens lined streets and overpasses along the route, waved flags, cheered and honored the riders and the war heroes they represent.

The Ride of the Patriots is organized and sponsored by the Fairfax Harley Owners’ Group and Patriot Harley-Davidson.