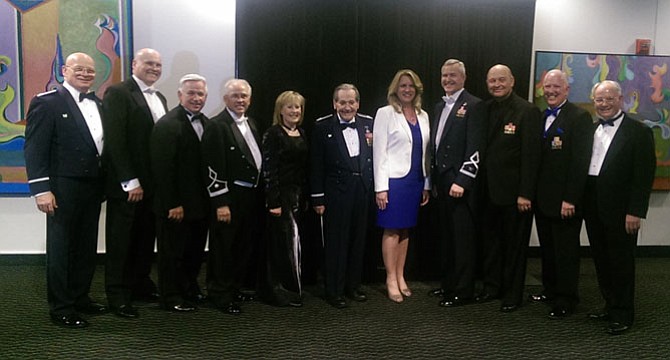 Secretary of the Air Force Deborah James (bottom left) welcomes the audience to the U.S. Air Force Band 75th Anniversary Reunion Concert, held at the George Mason Center for the Arts on June 11.

The U.S. Air Force Band celebrated its 75th anniversary with a reunion concert on June 11 at the George Mason Center for the Arts.

Secretary of the Air Force Deborah James welcomed the audience to the event.

The final two pieces, “The Battle Hymn of the Republic” and “Air Force Song,” saw the largest assembly of U.S. Air Force musicians on stage at the same time.