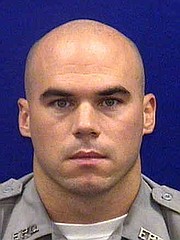 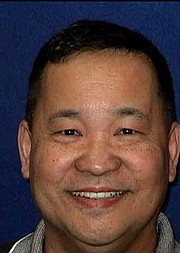 The Sully District Police Station and its Citizens Advisory Committee have recognized two Officers of the Month for April. They are Sgt. Justin Drinkwater and Auxiliary Officer Antonio Pelegrin.

In nominating Drinkwater, Lt. Brian Calfee wrote that, “Since his arrival in August 2014, Sgt. Justin Drinkwater has done an exemplary job as a supervisor at the Sully District Station. In 2015, he supervised the Neighborhood Patrol Unit twice, for a total of four months, in a capacity normally reserved for a second lieutenant.”

Calfee noted that, as the Midnight B-shift squad sergeant, Drinkwater leads by example, often making subject stops and proactively patrolling. Most recently, on the night of April 14, he was on patrol “when he recognized a stolen vehicle from a Virginia State Police lookout that had been broadcast earlier,” wrote Calfee. “After spotting the vehicle, Drinkwater voiced that he was following the vehicle and updated his location as other units responded to assist.”

“The vehicle stopped and four subjects bailed out, running from the scene,” continued Calfee. “Drinkwater apprehended the driver within a few seconds, as other officers rounded up the remaining passengers. The vehicle was confirmed stolen from Loudoun County, and the juvenile driver and front passenger were runaways from the Boys Probation House.”

According to Calfee, “Both had active arrest warrants on file, and the driver also has ties with a local gang. This was an excellent catch due to Sgt. Drinkwater’s vigilant, proactive patrol, and he is most deserving of this recognition.”

In his nomination of Pelegrin, Lt. Tim Burgess wrote that “Auxiliary Officer Antonio Pelegrin has been an APO for 10 years. He is an engaged individual who truly cares about his community [and is] determined to make the Sully District a safer place to work and live.”

In 2015, Pelegrin volunteered 334 hours of service — 46 hours more than is required. “His participation in providing security and traffic control during community events has been extremely helpful,” wrote Burgess. “Pelegrin spends a large amount of time assisting patrol officers with patrol duties and supporting the crime-prevention program by conducting numerous station tours and providing representation at many other assignments.”

“His willingness to interact with citizens has increased our ability to be transparent and welcoming to the citizens of Fairfax County,” added Burgess. “Based on APO Pelegrin’s dedication to the community and the Fairfax County Police Department, he is most deserving of this recognition.”