What City Can Do To Help Businesses Succeed
Votes

What City Can Do To Help Businesses Succeed 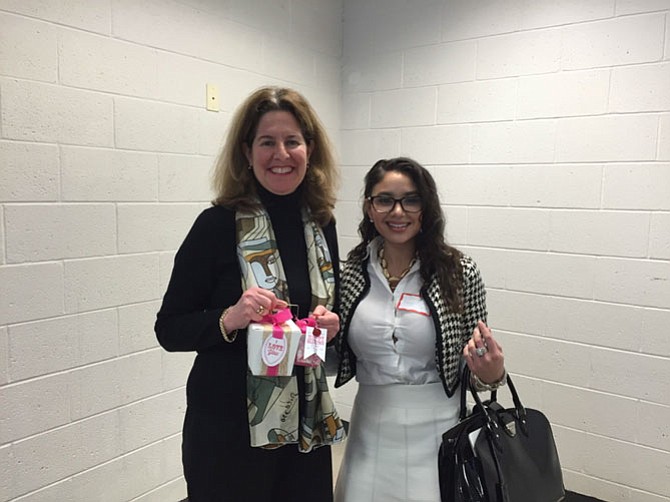 It might not sound like much for the average Alexandrian, but a zoning community meeting could be the first step towards making Alexandria a better home for small businesses. On March 19, the city will host a Small Business Zoning Community Meeting, starting at 10 a.m. in the Sister Cities room at City Hall.

“Planning staff have proposed amendments to zoning ordinance,” said Stephanie Landrum, president of the Alexandria Economic Development Partnership. “This is something the city did four years ago, and the results have been fantastic from first updates. They realized that perhaps these were older, holdover rules and regulations that didn’t necessarily apply to modern businesses.”

The city revised some of the restrictive rules and regulations in the special use permitting (SUP) process, like requiring a restrictive special use permit for gyms or yoga studios opening in industrial areas for fear that the noise and smell from the gyms might bother the industrial neighbors. Another major change was that outdoor dining in certain parts of the city no longer required an SUP, only that they had to meet certain criteria and be approved by the planning director.

With the new meeting upcoming, many business owners around Alexandria weighed in on what could be done to help improve small business development in the city. The proposed changes range from specific policy goals to broader shifts in the mindset of the city.

“Commercial activity is what pays our bills,” said Manor. “If we want good safety and public [infrastructure], we need commercial activity. You can’t have a city that’s just geared towards residential. It’s about finding a balance.”

Romanetti noted that most small time business owners don’t have the same time availability to attend City Council and Planning Commission meetings as other members of the public do. While council and commission members say they are not swayed by the amount of speakers in a room in favor or against an item, Romanetti says the perception among the business community is that it does have an impact.

“We need to set up a system where the voice [of businesses] is heard,” said Romanetti, “not a contest of who can get the most people [to city hall].”

Part of reforming business regulation in the city, Manor says, starts with changing the Special Use Permit (SUP) process. Restaurant owners are not only responsible for working through the paperwork, but also for notifying all adjacent properties and affected parties.

“The resturaunt approval process is arduous,” said Manor. “It gives the impression that Alexandria is not an easy place to do business.”

Rob Krupicka, co-owner of the Alexandria and Arlington branches of Sugar Shack, said that there’s a lot working against businesses in Northern Virginia, but the smoother the city can make the application process, the better. Sugar Shack recently opened a new location in Arlington, and the experience gave Krupicka some insight on where the permitting process succeeds and fails between jurisdictions.

“Alexandria has a few more things that are automated, which is helpful,” said Krupicka. “In Arlington, you’re expected to show up in person more. The Arlington process takes a little more time out of the day. Both are very exacting in what they expect and want to see, and the staff in both places try to work with you and help make sure you know what’s going on. The Alexandria process, I’d argue overall, is a bit more business friendly. It’s a bit more flexible and more accommodating.”

Krupicka said he’d like to see the city build on its online resources for businesses.

“Both places could benifit for more automation,” said Krupicka. “The biggest thing for an entrepreneur, especially a small business person, is to give us the ability to do most of this stuff online, to file it all online, and pay for it all online, and to minimize how frequently we have to step into an office. That lets us do more at night or in the morning.”

For a small business owner, Krupicka streamlining the SUP process is critical.

“The more jurisdictions can make their systems and processes easier to save time, the better,” said Krupicka. “Less complicated and more automated lead to better things for entrepreneurs.”

Other problems that affect the city, like parking issues and a lack of affordable housing, can also often impact businesses. Romanetti says many of her customers avoid coming to the city at certain times because they’re told parking is nearly impossible. But Romanetti served on the Old Town Area Parking Study, which found that many of Old Town’s parking garages sit vacant even when the streets are full. The problem, which Romanetti says the city needs to work to address, is proper signage guiding traffic to the available parking.

For business owners looking to hire Alexandrians in their store, a lack of medium cost housing options is a major hurdle. At a meeting with Mayor Allison Silberberg on Feb. 16, hosted the Del Ray Business Association, several local business leaders said that a lack of affordable or even moderately priced housing was hurting stores’ ability to hire from inside the city.

“It makes it harder to to hire local,” said Christine Ponzi, owner of St. Elmo’s Coffee Pub. “No one can afford to live here.”

“As an investor, it’s killing rents in this area,” said Bobi Bomar, a local Realtor. “For the $3,000 or $4,000 market, there’s nothing to rent. The market is stagnated. We need more affordable condos instead of rental.”

One of the things that brings visitors to Alexandria businesses are special activities, like the annual Scottish or St. Patrick's’ Day Parades. Manor and Romanetti both noted that the city’s limitation on waterfront park events hurts businesses’ ability to maintain a vibrant cultural scene.

The current policy dictates that only one event with 500 people can be held in a waterfront park, and another event cannot be held in the park the following week without special approval from the council.

In the upcoming community meeting, Landrum says she expects staff will also reconsider regulations on private education establishments in the city, particularly for young children, following the success of the Bright Horizons early education program in the Carlyle neighborhood. Landrum says the current number of students allowed in a program is lower than it could be.

“This is an opportunity to see what works and find a way to increase the threshold of students,” said Landrum.

What changes are approved in the community meeting, and how and when they’re implemented, remain to be seen. In the meantime, Krupicka noted that while there’s a lot the city can be doing to help small businesses, the business owners need to meet the city halfway. Krupicka said it’s important for potential business owners to meet with City Council members and various commission and board members.

“Make sure you’ve gone in when you’re not at a last minute crunch,” said Krupicka. “That’s really helpful. The smartest thing we did was communicating with the city well before we needed anything. A lot of the things small business gets mad at government about is preventable if you give the government enough of a notification in advance. Government doesn’t move that quickly, and you can be frustrated about that, but it doesn’t help your business. It takes what it takes.”