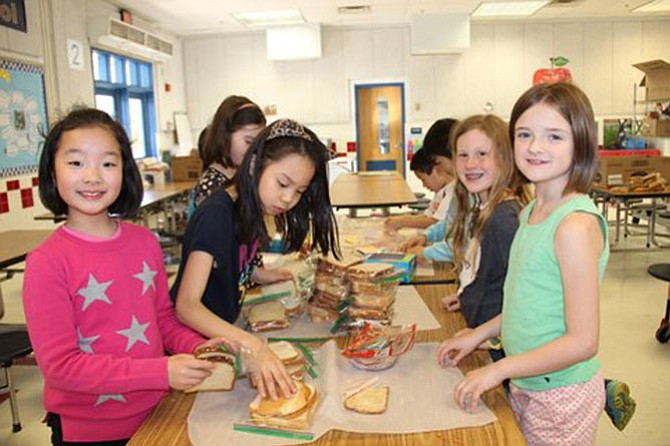 Churchill Road Elementary School continued its long-standing community service tradition by making sandwiches for Martha’s Table, a nonprofit organization in Washington, D.C. that serves sandwiches to those in need. On Wednesday, March 9, more than 100 Churchill Road kindergarteners, first, second and third graders, along with family members, made more than 2,200 sandwiches during this final sandwich-making event of the year, bringing this year’s total to more than 4,500. The sandwiches were warmly received by the volunteers at Martha's Table when delivered by the PTA Community Service Committee co-chair Robin Hoeymans and Sarah Walter.