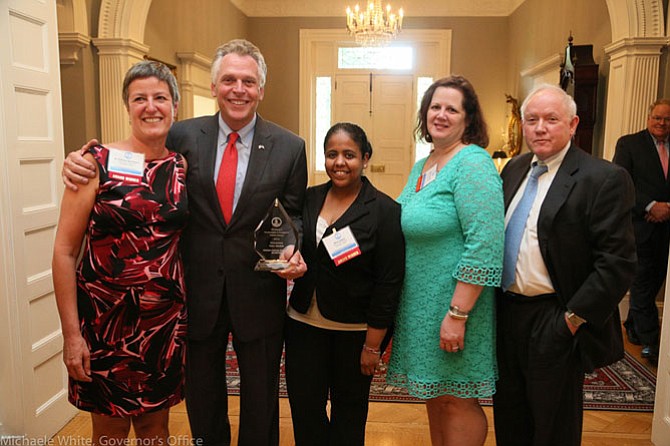 Maria, a middle-aged El Salvadoran woman, was upset. She had been referred to Arlington Free Clinic (AFC) after being seen in the emergency room for internal bleeding. Maria came to her appointment at AFC with a stack of bills from the hospital, which she could not sort out. While her AFC nurse case manager was going through the stack, she found a letter telling Maria her mammogram was abnormal and that she needed to go back for more studies. She called the hospital and was told Maria had had a biopsy which was positive for cancer. Maria was very discouraged, as she had recently stopped drinking and was overwhelmed with medical, financial and family issues. She could not afford to have cancer.

AFC referred her to a surgeon. Maria had a mastectomy, and was immediately referred to Dr. Neelima Denduluri at Virginia Cancer Specialists (VCS) of Arlington. She was treated with chemotherapy and later, radiation therapy. Maria received state-of-the-art medical care from VCS which consistently does this for AFC’s sickest patients — for free.

When Gov. Terry McAuliffe announced recipients of the 2016 Governor’s Volunteerism and Community Service Awards on April 18, VCS was chosen for the kind of work they do with patients like Maria. When low-income, uninsured patients need cancer care, they can turn to VCS. Cancer treatments can often cost more than $50,000 a month. VCS’s patient care philosophy is that health care for all community members is a human right. VCS accepts and treats all the cancer patients referred to them by the Arlington Free Clinic, providing pro bono care to more than 160 cancer patients.

For 40 years, VCS, a small business, has contributed to the campaign against cancer and diseases of the blood by offering advanced technology, treatment and early detection. VCS does not put a cap on the number of Free Clinic patients they will see, the number of visits patients can make, or the amount of money they’ll spend on patients’ care. Many of the clinic’s patients have required more than 30 visits to treat their cancer, and some patients will need to see their VCS oncologists for years to come. VCS physicians participate in community groups that conduct cancer screening outreach in low-income housing complexes and churches throughout Arlington and surrounding communities.