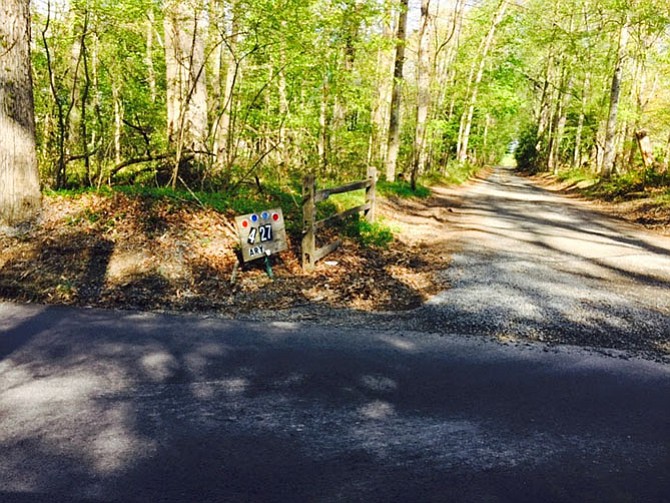 Great Falls Citizens Association is holding a Town Meeting on Tuesday, after The Connection’s presstime, to address “negotiations over certain issues” regarding the proposal submitted to develop Brooks Farm. The Planning Commission is tentatively scheduled to make its recommendation on Wednesday, May 18. GFCA still opposes the proposal. Connection file photo

The Great Falls Citizens Association has turned its attention to Dranesville Supervisor John W. Foust regarding potential development of the Brooks property.

“An additional community concern recently was triggered after public records research by the Lake Estates HOA uncovered a 1968 deed of easement that permits the Brooks Farm and adjacent property owners to combine their respective 16-foot and 34-foot parallel parcels of land to form a 50-foot-wide parcel for a public road connecting Brooks Farm to Springvale Road,” according to Great Falls Citizens Association.

The community never had the opportunity to respond in January’s public hearing to the possibility of a cut-through road because “the easement was never disclosed by the applicant,” said Eric Knudsen, present of GFCA.

“The applicant appears to have the unilateral right to request VDOT approval to construct a roadway connecting the Brooks Farm property to Springvale Road, thereby creating a cut-through to Walker Road via Forest Lake Drive,” he said.

THE COUNTY’S PLANNING COMMISSION is still currently scheduled to reconvene on Wednesday, May 18, to make a recommendation to the Board of Supervisors on the development of Brooks Farm.

The Board of Supervisors will hear and debate the proposal later in the year.

GFCA continues to oppose approval of the current proposal to rezone the 51.9 acre Brooks Farm property from the R-A zoning district to R-E Cluster (Residential Estate). The applicant proposes to build 20 single family detached homes on the farmland off Springvale Road and around Walker Lake.

More than 1,400 people in Great Falls signed a petition opposing the development.

Great Falls Citizens Association has held numerous meetings on the proposal -- touching on environmental questions including septic, well, stormwater and tree canopy -- including a Town Hall meeting last week, on May 10, attended by more than 70 residents.

GFCA has requested the opportunity to meet with Foust to address its new and ongoing concerns.

THE APPLICANT, Basheer/Edgemoore-Brooks, spent more than a year revising its application in attempt to meet concerns of residents, especially regarding density, septic, stormwater, environment, well, water, preservation of trees, and other features of the property around Walker Lake.

“It is very clear this is a special piece of property to people in the community,” said Gregory Riegle, representing the developers. “We went to great pains to ensure that we have complete answers to questions.”

Great Falls was part of a downzoning more than 30 years ago designed to protect drinking water and the Potomac River, with much of the area zoned for one house for five acres.

GFCA passed a resolution opposing the rezoning application in May 2015.

The application has gone through numerous iterations

Since then, the GFCA and several neighboring HOA’s and individuals have worked with the applicant to address the Great Falls community’s concerns.