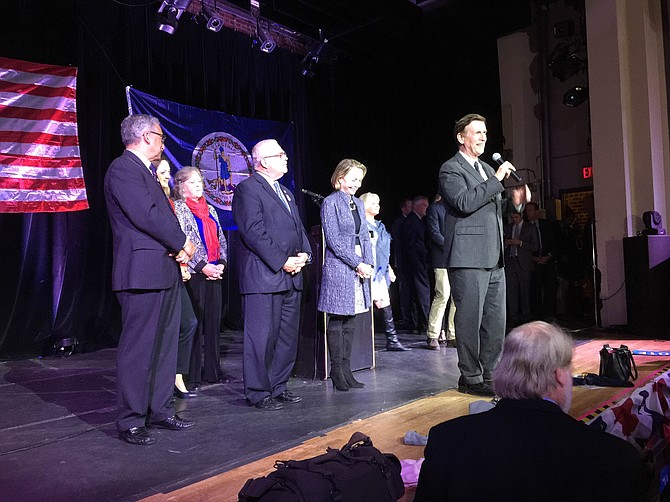 From Virginia Department of Elections 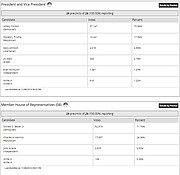 From Virginia Department of Elections

If Alexandria had decided the election, Hillary Clinton would be President. It would have been a landslide, with 75 percent of the vote favoring her while only 17 percent voted for Donald Trump. That Democratic support still manifested in an easy reelection for U.S. Rep. Donald Beyer (D-8), but that support did not extend nationwide. On Nov. 8, Donald Trump was elected the next President of the United States.

The decision will be an unpopular one for many Alexandrians, who said their primary reason for voting was to try and keep Trump from being elected.

“This is an important vote for all of us because Trump is a danger to the republic,” said Gordon K. Soper, an Alexandria resident. Soper said he was particularly concerned with Trump’s casual manner regarding nuclear concerns, and that those concerns had extended down the ballot into a vote for Beyer as well. 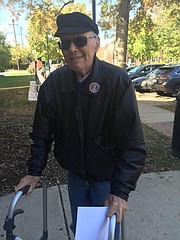 For others, Clinton was seen as a stronger and more qualified choice.

“She’s the most qualified candidate and has the most experience in government and international affairs,” said Barbara Ginman. “No other candidate in this race is as qualified.”

Though not as strong, the national support for Trump did have a presence in Alexandria.

“I voted on values more than the person,” said Steve Foss, an Alexandria voter at the Nannie J. Lee Recreation Center. “I think abortion is an atrocity and the blood of … babies is on our hands. I believe family values are being dismantled by the current administration. I don’t like the way the campaign was run but I have to endorse the values of the party.”

Voters at the poll for Trump said they did not necessarily agree with Donald Trump but felt they wanted to endorse the values he and the Republican Party represented. 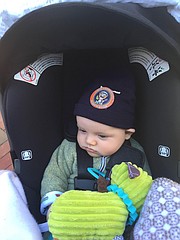 William McCarthy goes to the polls with his parents, though as a minor he is unable to cast a ballot in the election.

“If you take away the names and vote on morals, it’s going to be the right decision,” said T.J. Dalisay.

“At a local level, it’s even more important to find someone with your values and voice,” said Morgan Dalisay.

In the local election, Beyer won with 71 percent of the vote, while his Republican challenger Charles Hernick won 24 percent.

“I was pleased to get through another race with talking about the issues without anybody attacking each other,” said Beyer, praising Hernick and independent Julio Gracia. “We need more races like this.”

While the results of the national election had not come in at the time Beyer was announced the winner, Beyer said he was very pleased to see how overwhelmingly Alexandria and Arlington had supported Clinton. Over the next few years, Beyer said he plans to continue working on building relationships and working on legislation with his Republican peers. 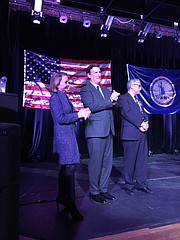 “If the Republicans hold on to the house, there’s not much we can do on climate change,” Beyer said, “but we can continue to work on more infrastructure, tax reform, and maybe some small measures of gun control.”

“There were a lot of variables I could not control in this election,” said Hernick. “It was a good campaign, proud of the issues we focused on. Overall, happy with the results. This was my first jump into the political arena, not my last.”

After the race, Hernick said he plans to visit family and joked he plans on taking a quick vacation to Puerto Rico to down the post-election blues in rum.

“No one here’s feeling bad tonight,” said Hernick. “Everyone’s proud of what we did. I knew what the odds were, but it’s worth challenging that.”

After the election, Hernick said he hopes to see Beyer continue to work on corporate tax reform and that he hopes Beyer will find a way to work with the states to combat climate change.

According to Frank Shafroth, director of the Center for State and Local Government Leadership, the big win for Republicans could mean substantial changes for the country.

“The win, because it means that the GOP will control the executive and both houses of Congress, almost surely means the next Congress will act on major tax legislation focused on cutting rates,” said Shafroth in an email. 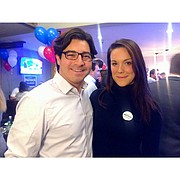 “Moreover, major tax reform has been a key priority for Speaker Ryan. So we should expect to see proposals to significantly reduce rates on individuals and businesses — likely the most profound tax reform package since the 1986 tax reform legislation. I would guess it will be the most significant, early bill signed into law by the new President.”

According to Shafroth, changes to tax laws could have a major impact, and add a major burden, to localities.

“The issue, as it was from 1984-1986, for state and local leaders will hinge on how such sharp reductions in ordinary and capital gains tax rates are offset or paid for,” said Shafroth. “With federal tax expenditures the largest and fastest growing part of the federal budget — and with little chance of gaining revenues from any reductions in Medicare or Medicaid, it would seem likely, as with former President Reagan, that the deductibility of state and local taxes and municipal bonds will be items on the “pay-for” options menu. The federal deficit, after all, in the last fiscal year, grew by more than 25 percent over last year to $587 billion. With Americans living longer than any previous generation, and, thus, Medicare and Social Security going up — there will be a big squeeze .... Because the House spending plan… would reduce individual and corporate tax rates, however, one should anticipate that cities, counties, states, and schools, even if bonds were not legislatively changed, would be forced to offer higher interest rates. Yet, because of the President-elects vow to rebuild America, and the federal government’s increasing inability to afford rebuilding America, it would seem there is already implicit recognition that the actual rebuilding will have to be accomplished by state and local governments.”