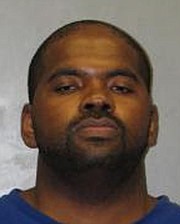 In 2013, detectives from the Major Crimes Division, Cold Case Squad, reviewed the murder case of 19-year-old Cristian Aranzana Vasquez from 2004 and were able to develop new evidence against a suspect, 23-year-old Cory Wilkins, of Woodbridge.

On Wednesday, July 16, 2015, a Multi-Jurisdictional Grand Jury returned indictments for Wilkins, charging murder and use of a firearm in the commission of a felony. That same day, Wilkins was arrested at his home by members of the Capital Area Regional Fugitive Task Force and Cold Case detectives.

On Tuesday, Nov. 1, 2016, Cory Wilkins was convicted of first degree murder and use of a firearm in the commission of a murder. The jury recommended a sentence of 22 years in prison for the murder and three years for the firearm charge. Formal sentencing is scheduled for Feb. 24, 2017.